The history of Reading and specially selected photographs

Mention the town of Reading to many people and they think of Oscar Wilde's Ballad of Reading Gaol, or tell you that the town is impossible to get into by car or the middle has all gone and it is just a doughnut with a ring road and vast suburbs. It is true that motor traffic makes life difficult and that many wrong decisions were made, but there were and are so many vehicles trying to get in, out or around Reading that something had to be done. The villages around also suffer; Sonning being possibly the most put upon as it serves as an eastern by-pass. Heaven knows how many vehicles pass over its narrow eighteenth century bridge over the Thames. That is the problem for there are very few river crossings and it has been a subject of debate for centuries, not just recently.

However, after all that doom and gloom, I thoroughly recommend this somewhat misjudged town and the best way to see its architecture is to go on a Sunday: you stand a chance of parking then or indeed arrive by train. The key though is to walk around the town centre and absorb its wonderful range of buildings from all periods of the town's long and fascinating history.

The first documentary reference to Reading is found in The Anglo-Saxon Chronicle which also refers to Englefield, near Theale (Chapter 5). '871 AD: In this year rode the host [the Danish army] to Reading in Wessex ... then ealdorman Aethelwulf opposed them at Englefield and fought against them and won the victory. Four days afterwards king Aethelred, and Alfred (the Great) his brother, led great levies there to Reading, and fought against the host; and great slaughter was made there on either side, and ealdorman Aethelwulf was slain, and the Danes had possession of the field of slaughter.' Thus was Reading precipitated into written history for the Danish army stayed in Reading over the winter and, having thoroughly pillaged the whole area moved in 872 AD on London. In 1006 the Chronicle with grim humour describes another Danish army moving from the Isle of Wight to 'their well stocked food depot at Reading, and as usual kindled their beacons,' that is, they burned every town and village they passed through.

Clearly Reading was a significant settlement of strategic importance dominating the valley of the River Thames and Kennet and well worth sacking. It was certainly an Anglo-Saxon borough or 'burh' and its Domesday Book entry tells us it had a market and its own mint for coinage and pennies from Edward the Confessor's reign are known.Of the Saxon town nothing survives, but its location on a ridge between the marshy meadows of the Thames to the north and the River Kennet to the south on its way to meeting the Thames is obviously defensible.

After the Norman Conquest of 1066 Reading emerges from obscurity with the founding of Reading Abbey in 1121 by the Norman warrior king, Henry I 'Beauclerc', thus nicknamed because he, unlike most nobles, could actually sign his own name. Grieving over the loss of his son and heir in the White Ship, Henry invited the Cluniac order of monks to Reading and showered the new monastery with land and gifts, although some time in the thirteenth century it became a Benedictine abbey. Work started immediately and by Henry's death it was sufficiently complete, at least at the east end for him to be buried before the high altar in January 1136. The abbey church, four hundred and fifty feet long, was complete by 1164 and in Norman round arch style. A new Lady Chapel was added in the early fourteenth century, but until the monasteries were dissolved by Henry VIII in 1539 it was one of the most powerful and rich in England. The last Abbot, Hugh Faringdon, a former friend of Henry VIII, was hung, drawn and quartered for high treason in November 1539 because he would not acknowledge the king's supremacy over the Pope.

It was a tragic end to a great abbey, and one can only get a flavour of its scale, for most of it has been carried away over the years for building materials, including for the rebuilding of St Mary's church in St Mary's Butts in the 1550s. What does survive however is impressive: the towering flint core of the south transept walls and east chapel, the doorway into the cloister from the nave, the chapter house and the buildings in part along the east wall of the cloister east walk. These have all been robbed of almost every piece of dressed stone cladding so what you see is the flint core of the walls which were massively thick. Immediately south of these the land drops to the River Kennet and shows how the abbey was positioned on high ground to the east of the pre-existing town. Elsewhere fragments remain but the gatehouse from the outer court, now Forbury Gardens, into the monastic precinct survives complete, albeit substantially rebuilt after partial collapse in 1861.

The Abbey was the only part of medieval Reading to be defensively walled and the growth of the town and its prosperity owed much to the wealthy abbey. The town developed a strong wool and cloth trade which declined from the seventeenth century on, although sail making and a silk industry maintained the link for many years. It was also a market centre for a wide area and took over from Wallingford as the county town of Berkshire.

Reading, with its strategic importance, had an eventful Civil War, changing hands several times. Indeed it was the first town in England to be besieged during the conflict, in April 1643, and extensive earthworks surrounded the town. The Royalists eventually lost, but there was much damage to the town, including the tower of St Giles' parish church which had been used a Royalist gun position. Of these defences only the tree clad mound in Forbury Gardens remains. The Royalists had themselves blown up the nave of the Abbey church.

During the seventeenth and eighteenth centuries breweries, maltings, fulling mills, brick and tile making replaced the woollen cloth industry and the town prospered and expanded. Mills, warehouses and industry developed along the Kennet which was canalised from the 1720s, despite riots and violent opposition, and later, by Act of Parliament in 1794, the Kennet and Avon Canal started. Completed in 1810 it led to new prosperity and expansion which shifted decisively northwards when the Great Western Railway arrived at Reading in 1840, later acquiring a huge goods depot and sidings.

In the nineteenth century local entrepreneurs made fortunes and brought great wealth to the town. Many became household names, such as Huntley and Palmer, the biscuit manufacturers who, by putting biscuits in tins, solved the problem of keeping them fresh longer, Simonds the brewer whose great brewery was eventually taken over by Courage in 1960, and Sutton's Seeds which moved to Torquay in 1974. All this prosperity led to a building boom in the town centre in which many Georgian and earlier buildings were swept away, many in the interests of public health, having descended to slums. Proud Victorian architecture can be seen all around: some though has been needlessly demolished to make way for the present scourge of towns, the motor car. But sufficient remains to give an excellent and full feel for this remarkably successful and wealthy town: McIlroys store of 1903, Queen Victoria Street finished in 1903, Heelas store and numerous others. Many shops and buildings were rebuilt also, often in the last two decades of the nineteenth century in a Dutch gabled style with soaring complex gables with pinnacles, ball and other finials and mostly of great visual attractiveness. All the same, the pre-eighteenth century street plan survives remarkably intact.

The town acquired a splendid Victorian Gothic Town Hall, designed by Alfred Waterhouse and built in 1875; a Corn Exchange in 1854; a covered market, later augmented by Market Arcade, a terra cotta and brick Jacobean extravagance which was severely damaged by the only German bomb that hit the town centre during World War II.; and a Shire Hall for the County Council in 1911. Further out a hospital (it was a notoriously unhealthy town) was built in 1839, the renowned Royal Berkshire Hospital, a Greek temple to the Goddess Hygaeia; and a workhouse; a gaol in 1844; and from 1892 a University.

I do not want to give the impression Reading is essentially a Victorian town: there is much from earlier periods, such as the medieval churches, including St Mary and St Lawrence and more unusually the Greyfriars church at the west end of Friar Street. Admittedly this last was ruinous and roofless by the time it was very heavily restored in 1863. It had been built between 1285 and 1311, their Franciscan Friars earlier site near the river on swampy ground proving too unhealthy, and had since the Middle Ages served a number of functions, including guildhall and prison. There are quite a number of timber-framed Tudor and seventeenth century houses in the town, such as 27-28 Market Place. The Market Place also has a monument by the great architect Sir John Soane, erected in 1804 while the Forbury Gardens with their Abbey ruins are an area of calm and beauty.

The twentieth century has done a lot of damage, particularly in the1960s, as for example in the Market Place where multi-finned 1960s concrete awfulness intrudes or the gruesome Broad Street shopping centre further west. The tide has now turned, but the town lost a great deal of quality then. I wish I could report that new building of more recent years has been better, but the bulk of it is - well- bulky and often gimmicky. That is why it is essential to get out of your car to get the true character of the historic town, for the roads and underpasses that swirl round its periphery are lined with these new office blocks and prevent a true appreciation of the town's merits. These are considerable and I do not intend to put anyone off: all towns in England, virtually, have made mistakes in the years when it was felt that total rebuilding and clearance was the only way to regenerate an area economically. Times have changed and now I think the future of Reading's historic buildings is secure. The town's pre-eighteenth century plan has survived the deluge, the historic areas have been designated Conservation Areas, and the town has about eight hundred listed or protected buildings. 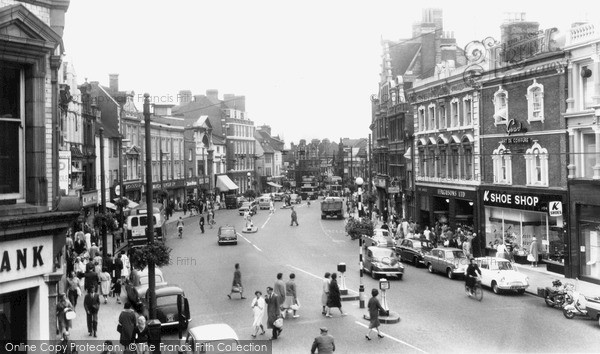 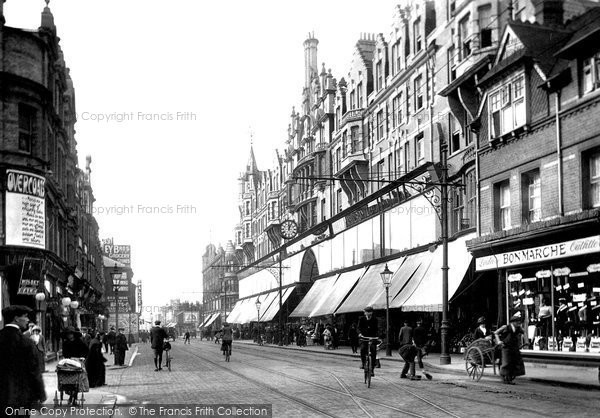 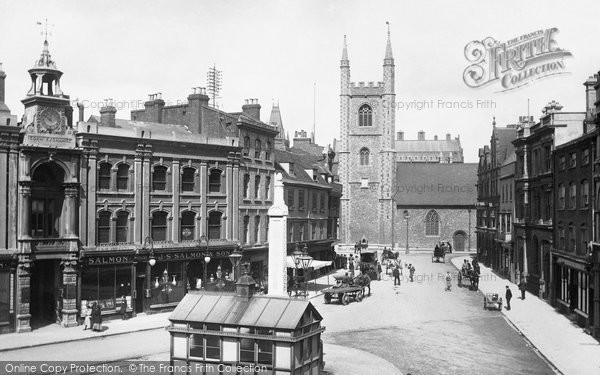 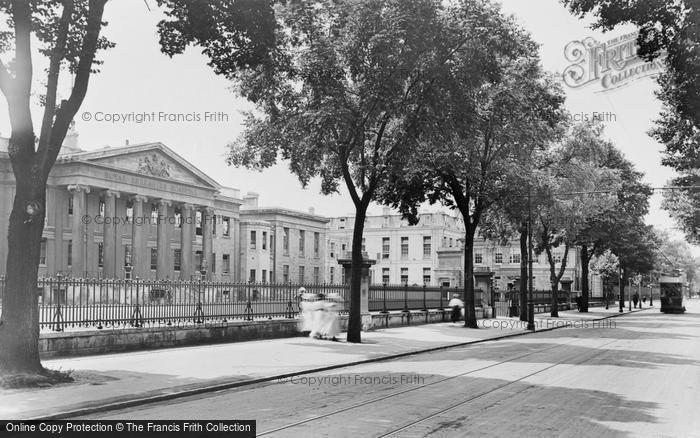 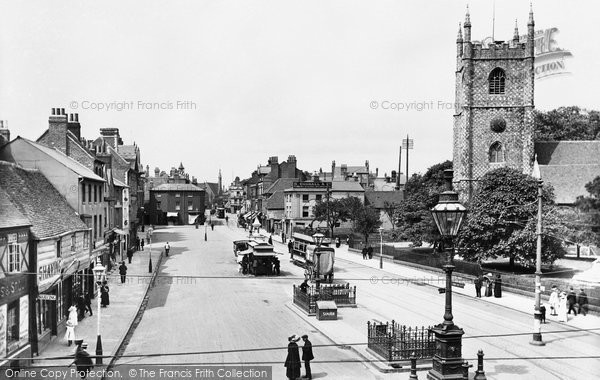 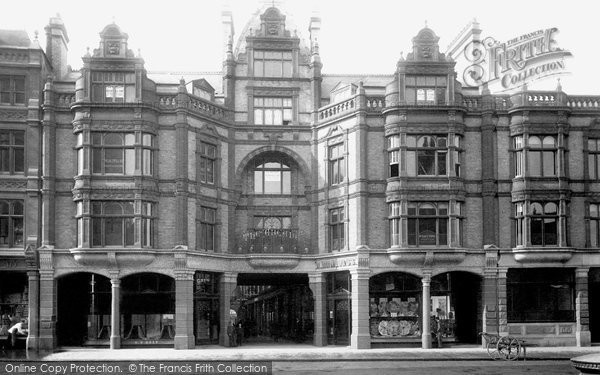 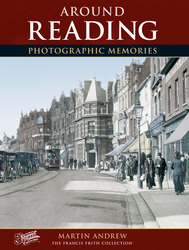