Fantastic To See My First Home In It's Glory! - a Memory of Abersoch.

My parents owned the Hotel and I was introduced to it when I returned home from Bangor Hospital. I lived there for many years and can remember Kath's recollections of people 12 deep at the bar and having the job of guarding the windows to stop poeple queue jumping, something I wasn't particularly good at, as I was easily bribed!
It is very sad to see it derelict now and and another institution recently burned to the ground to provide space for flats was the Abersoch Powerboat Club. Owned by my God mother Gay Preston and Joe. Gay lived two doors away from the derelict White House when she passed away on the 17th November 2012. Gay's parents were one of the first homes to be erected on the Warren in 1958, before it became what it is today.
Many I am sure will remember many a good hour spent in the Powerboat Club and it was fabulous to see this old picture of the White House and remember the good old days, when having fun seemed so easy. I worked at the Powerboat Club as a teenager and at the time Abersoch was vibrant and exiting.
It is still is a great place to go but it would be better if we could hang on to our independent Hotels and Clubs, after all people who holliday in flats there still need entertainment and somewhere to hide out from the rain.
I am so glad I stumbled on this and took the trip down memory lane!!

Fri Feb 19th 2016, at 5:25 pm
Debbie Tissot commented:
Sandy was my mother, sadly passed away last year and Simon is my older brother. Bosun was the most delicious Labrador and well known around the area for wooing the lady Labradors along with his brother Bramble and father Bracon who lived at the power boat club. I remember when simon was working at Welsh Silver, there is still a silversmiths there but I don't know who owns it now? It was nice to hear from someone who remembers those old days. :)
Add your comment
Report abuse
Fri Feb 19th 2016, at 3:59 pm
liz_edwards commented:
I remember Sandy? St the Whitehouse. My boss Jane & John Walshe were working at the Warren and I was their nanny. I remember Sandy ? I remember Bosun the Labrador who used to come to visit us at Nyth Cacwyn. I also remember Simon Tissot, (? Debbie's brother ? ) who came to work at Welsh Silver in Pwllheli as a silversmith apprentice.
Add your comment
Report abuse 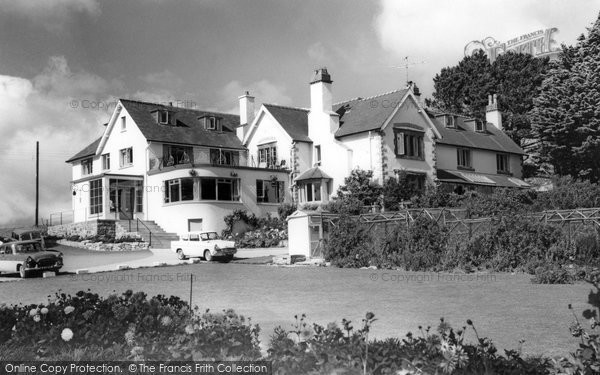