Lord Mayor Treloar During The War Years - a Memory of Alton.

I have many memories of LMT for I spent several long periods between 1935 and 1943 as an orthopaedic patient there. I didn't think it as awesome as others have described although I well remember Sister Hadley. I think we could do with sisters like her today for she ran a very strict regime at the hospital ... indeed, she needed to with some of the unruly children, me included.

My first experience at the hospital is a faded memory for I was but a baby at that time. I had been born with Talipes, or club feet as it was more commonly known and this required quite drastic surgery. In those early years little was known about how to treat this condition and one could say that a great deal of experimental work was being carried out to find the best way to deal with it. I was less than a year old on my first admission to the LMT and all I can remember is those awful boots they fitted to my feet with a bar across the soles. They prevented free movement and made it impossible to lie on my side without causing much discomfort. My stay on this first visit lasted from 30th August 1935 until 22nd September 1936 and when I was discharged I had to re-adjust to life at home with a mother who seemingly lost all maternal love for me. This is quite understandable considering she also had been caring for my elder sister who had also been born with the same condition and was about to be parted from my mother for a third admission to the same hospital.

My second admission came during the early start of WW2. This was on June 11th 1940 and I remained there until February 13th 1941. During that time more invasive surgery was performed on my right foot which required a lengthy time in plaster-of-Paris to ensure the foot would remain in what would be a normal position. At the same time, my other foot was simply placed in plaster-of-Paris without invasive surgery being performed and I guess this may have been part of an experiment.

I was back again on May 28th 1942 until January 7th 1943 and it was during this period that I experienced the horrors of war on a regular basis for, being close to Portsmouth and Southampton led to many attempts by the Luftwaffe to blow up as much as they could find in an attempt to weaken Great Britain's resolve to bring Germany to its knees. We witnessed occasional dogfights between the Luftwaffe and the RAF over the hospital and after the all clear was sounded, nurses and porters would search the surrounding areas for shrapnel to bring back to us curious boys. We were given the impression that all the black shrapnel was from German planes and silver came from British planes. Needless to say, they always returned with more black than silver so we were being reassured as to who was winning the battles in the skies above us.

I always remember Christmases in LMT for it was a time when the hospital seemed to forget that we were still at war. Above the wards were panelled ceilings with lights that shone through clear panels. The nurses and hospital porters would climb up and pull some of the panelling back to recover decorations, board games and other goodies. Once the wards had been decorated beds would be pulled together or chairs and tables were setup for those more mobile and we would be allowed to play games. On Christmas Day the doctors, matron and sisters would become rank-less and join in the serving of Christmas dinners to the patients. One name that still remains very clear in my memory is that of Dr Butler who I believe was one of the surgeons. He was very encouraging when it came to helping us gain confidence, first on crutches and then taking our first steps without aid.

There is much more I can recall but perhaps it is enough to say, were it not for the marvellous work done by LMT I may not have been able to walk as I do today. My only regret is that the hospital has now been demolished and is just a fading memory in the annals of history. 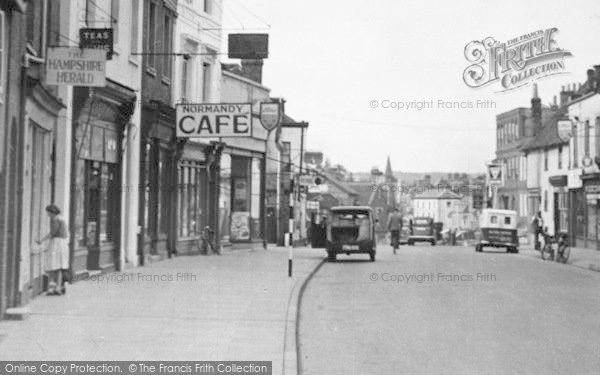