Nina Dickey - a Memory of Alton.

Hi My name is Nina.
I was in the Treloar Hospital during the end of world war two.  I went in when I was 10 and came out on March 30th 1945.  I remember being on the terrace while the blitz was on, what else could they do, most of us were in bed.  The doctors and nurses were very good to me.  I had club feet and peaus cavis (hope this is spelled right).  I came out when I was 11yrs old.  At the time I lived in Bordon, Hampshire in England.  Now I am living in Canada.  I was 15yrs old when I came to Canada to be with my Mother who married a Canadian soldier in Canada.  My Mother left England in 1947 as a war bride to come to Canada.  I remember having my shoes made in the hospital at the gate entrance and going from Bordon to Alton for new shoes for a few years after.  I have never heard of anyone from this hospital, but I saw many unhappy things due to the blitz in England during the war.
From Nina.  Thank you for letting me tell my story.  I am now 73yrs old and still have a lot of family in England, and some in Australia.  I have told many people about Treloars Hospital and how good they were to me.  The only thing is that even today I have a bad time to find shoes that are comfortable ha, ha.  Why I was living in England with my 3 sisters in Bordon Camp, was because my father was in the army for 32 yrs. and that is why we lived in Bordon Army camp.  I still remember the hospital, at the time it seems so large to me. Apparently now it is a hospital for the very ill children, so I heard.  God Bless you all.    from Nina.

A memory shared by ninadickey on Jun 29th, 2007. Send ninadickey a message

Tue Sep 13th 2016, at 11:04 am
gg.allen commented:
We remember Mr.Cox with fond memories, Des, Norman ,Staff Nurse Fraser Monica,Jim Abrahams, and others, look forward to hearing more. Geoffrey Allen
Add your comment
Report abuse
Tue Sep 13th 2016, at 11:02 am
gg.allen commented:
I too was a patient, but only for a cartilage operation, but I spent a few weeks in Treloars. Loved it so much, went back to work as Nursing Auxiliary. The Matron was Scots and employed foreign students. My wife(Dutch) was one, we met and this years celebrate our 50th. wedding anniversary.
Add your comment
Report abuse 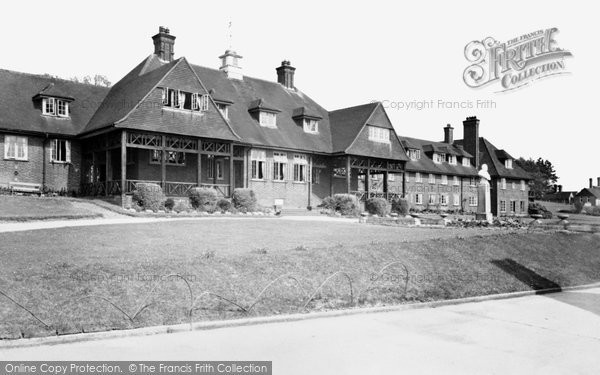