Meeting Street - a Memory of Appledore.

I have a copy of the Meeting Street photo as the girl standing in the road (with the black sleeve) is my Grandmother SARAH POWE (nee Lesley). The family house was at 29 Meeting Street just out of view. Grandmother also ran the BELL INN in Appledore for a number of years and on retirement moved back into Number 29. Sarah and grandad BILL POWE had 2 daughters, Louise, my mother, and Ruby.
Sadly Sarah passed away in 1977 and my mother Louise in 1968. Ruby now lives in Bideford and I often visit them and take a trip to Appledore where some memories return. I remember  the 3 docks, the Quay, Hockings ice-cream, and the ships, in patricular the Kathleen and May and the Irene. I also remember the tug boat the ROMA which would often moor up off the Bell slipway by the lower dock. Many changes have taken place in Appledore so it's good to have access to some old photos etc, especially where there is one with a family connection.
I understand the man on the footpath to the right of my Grandmother was the local Postman, and I know the pub at the bottom of the hill is "Ye Champion of Wales" with the Seagate Hotel on the opposite side.
Returning to the BELL INN I understand that it is no longer a pub, but now apartments... Sad to see so many old landmarks in Appledore vanishing 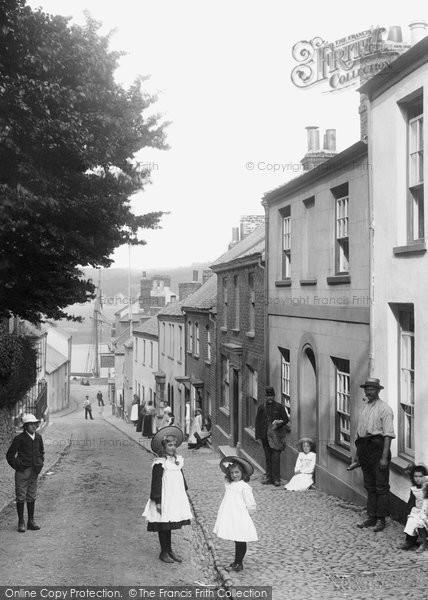