Life Above Corals Coal Shop - a Memory of Ashford.

my parents moved to an empty flat above the coral coal shop in bank street.my Father worked for corals coal as a delivery driver.The flat was an extra bonus i was born in Dover 1954 and when we left there we moved to a place called Bridge i cant remember anything about it but i do remember the flat in Bank Street Ashford. There was no bathroom the only toilet was at the bottom of the yard.God help you if you needed the toilet after dark as there was no lights i remember the toilet paper was either a newspaper or something similar to Greaseproof paper,it was horrendous.Every Sunday my Mother would drag out the tin bath which was housed in the tiny kitchen.id be bathed first then dressed in my nightie and plonked in front of the fire.my two brothers would quickly follow there was always a row with my brothers as to why i was bathed first and as normal Mother would say shes a Girl.Ashford town was my playground when i think of the places id play its a wonder i survived.i would climb onto the roof tops of the houses round by the Beautiful Church in the middle of the town.Not far from the flat in Bank St was a hill the road was called Gas Works Lane and it lead down to a Gasworks strangley enough anyways beside the Gasworks was a farm there were no animals apart from wild cats which i later learnt were to keep the rats down.
My brother and i would play in there and on a hot day we would drag or roll a metal container down to the river and go for a sail which dident last long as the container envariably sank'the water stank of diesel which reminds me during one of our trips to the farm we came across a small kitten,now i really wanted this kitten but i knew my parents would say no take it back,so i hit upon the idea that if i dunked this kitten half way in this bucket of water then i could say i saved it and we could keep it.Now bearing in mind it was getting dark and i was only very young and everything smelt of diesel i quickly dunked its bottom into the bucket sure enough as i lifted it back out the smell was akin to the diesel not only that but it was obvious it wasent water in the bucket,we ran home and told Mother what had happened well we said the kitten had fallen in and we saved it.she quickly washed its lower half before it got the chance to clean itself.Yes i had many adventures when i lived above Corals coal shop..
Another time when i had been playing down in the farm.i started to walk home when i suddenly saw something on the ground.It was a brown envelope with a mans name on it.I took it home to my parents and my father took it to the little shed at the bottom of gasworks lane,the owner was quickly found and to show his appreciation he asked what i would like as a reward i ended up with a pair of wellies.My Mother said i used to sleep in them that would be quite funny if it wasent so sad.I had only one photo of me as a child well my Mother did when she passed i asked my bother if i could take the family albums and have them copied as most of the photos were my children.My Brother refused my request my other Brother Bill asked for them and got them without making copies it wasent till a few years later that i discovered that while living in Spain my Brother was burgled and it would seem they took the albums so now i have no photos of when i was a child (the lesson here is dont take no for an answer when its something so important.).I remember starting school at Godington road primary school, One weekend i climbed over the metal spikes fence as i wanted to play on the small field.after a few handstands and cartwheels i decided to go home so i climbed back then just as i got to the top i slipped and impaled myself on the spike,Lucky for me was the two workmen who had seen what had happened and quickly came and lifted me off the spike'No i never learned from that experience.and my spelling is awful too.Its very late now so i will say goodnight 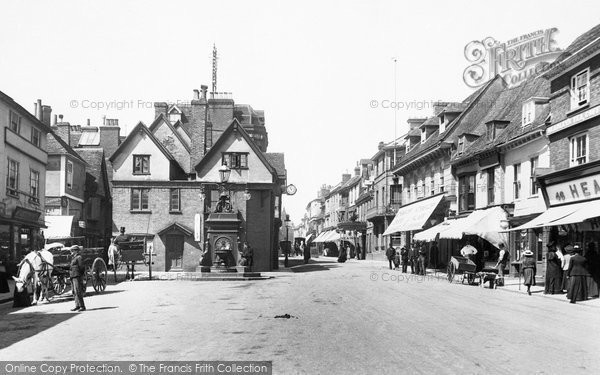