How I Miss The Royal Air Force Humour! - a Memory of Brampton.

The building you can see behind the tree left of photo was the main guardroom. At the back was the offices of the RAF Police and the RAF Regt. Opposite their office entrance was a grassed area where we had a wonderful standing aircraft - a jet Provost. One day whilst sitting in the RAF Police office, I glanced out of the window and suddenly realized that some wag had adorned the beast with eyelashes, and a big cheesy grin! All applied with 'bodge' tape. This was around 10:30 and apparently no one else had noticed - even though everyone who drove into camp was around 10 feet away from it as they drove past. Eventually, the whole camp knew and even the most senior officers were falling about laughing! The only one who didn't see the funny side?...the SWO!
Don't you just love the SWO? (Station Warrant Officer to the uninitiated) - the person responsible for discipline on the unit! I suppose there was a certain irony when I inherited that same responsibility at RAF West Drayton c1990. However, I will always love RAF Brampton for something rather more personal. It was where I met my wonderful (late) husband, the station sheriff, Graham Laird. 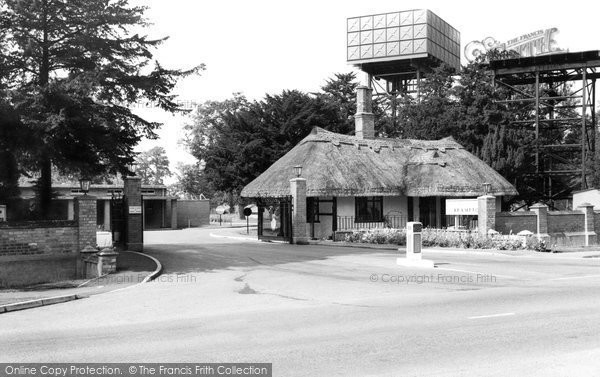