Holidays - a Memory of Branscombe.

I can recall the busy weekends with cars overflowing onto the front green and adjoining fields. Ladies wore floral dresses and the men with slacks and rolled up sleeves. To buy an Ice cream or a cream tea for mum and dad plain tea 1/- cream tea 1/6d. (the tariff sign is still in the tea rooms today) was a sheer joy and to be able to help pull the boats up at the end of the day was something everybody rushed to do. We hoped it would enable us to have an extra 10 minutes when we next hired the rowing boats. These holidays were simple but enjoyable and it didn't matter if it rained. The smell of the sea and miles of horizon and cloud formation from Portland Bill to Start Point made everyday special. Being a pensioner I can spend most of the summer at Branscombe. The most wonderful place of my childhood

Sun Jun 10th 2018, at 1:07 pm
ghester3 commented:
Hello Anthony,
So good to catch up again. My first holiday in Branscombe was in 1954 when my family rented one of the East Cliff chalets, ( Curlew or Gannet?).The wooden chalets were quite dark and shared Elsan toilets with other chalet holders. I remember the smell and sound of the calor gas lights with their fragile mantles when lit. There was a rhyme on the wall, " We keep floors clean with paraffin and mop during the time we are here to stop, so when new folks their holidays begin all is in order clean as a pin" . Just inside the Sea Shanty cafe was a disc polyphon machine and by inserting an old penny, it played "Come into the garden Maud" or an alternative selected brass disc. There was an old penny farthing bicycle above the stone fireplace and a weather beaten painted village sign for The Sea Shanty, Branscombe. Many the cream tea or ice cream that was enjoyed at the tables in front of the cafe. The shop was always well stocked with food essentials, newspapers and beach toys. A walk from behind The Sea Shanty and across the meadows led to the fabulous bakery opposite the forge. Gerald and Stuart Collier ran the cottage bakery for many years until Gerald's sudden death following a fall in 1987. In earlier years their sister Ivy ran Colliers General Stores in the square near The Masons Arms. I can remember young Graham who then worked at The Masons Arms and much later at The Founain Head further up the village.
I have revisited Branscombe many times over the years, either staying in the chalets, or just driving down from my home in Somerset. The last time that you and I chatted near the car park was after the huge storms a couple of years ago that resulted in two beach chalets almost in mid air with the supporting shingle scoured away by action of the powerful waves.
I will always love Branscombe, it was my mother's favourite village and I plan to come back on many more occasions.
In the meantime my very best wishes,
Garth Hester
Add your comment
Report abuse 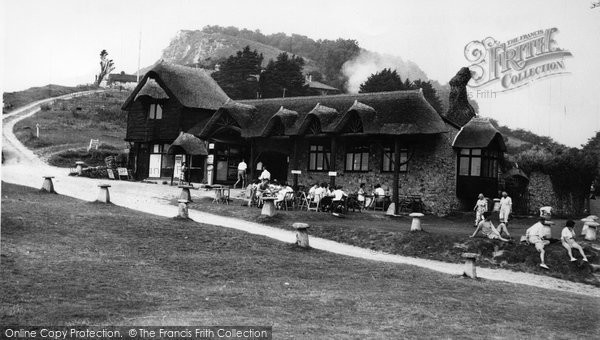