A Week To Remember - a Memory of Cemaes Bay.

It was always a sense of adventure searching for new place to visit on our holidays - and certainly we found an idyllic spot just a mile or so outside the town of Cemaes Bay.

Mother had been staying with my younger sister who was in the final weeks of her pregnancy - so to give Mother a rest before baby arrived we took her with us, I contacted the owner of a house overlooking the bay - or rather - her secretary - and we were delighted to find it was available for the week in October 1976. Travelling down from Hertfordshire we stayed overnight in Wales, near Ryton of
the XI Towns - before beginning our adventurous trip to Anglesey.
When we arrived at the house - we were amazed - we were greeted by the housekeeper, shown around the house, handed the keys, and she departed saying "Enjoy your stay", and that she could be found in her cottage at the end of the garden - if needed. The bedrooms were fantastic, my husband and I slept in a fourposter bed,our daughter had a smaller room with a tester bed, mother had a lovely room
overlooking the sea, and my son, and his fiancee had their own rooms beautifully furnished with sea views. I found out from the letter from the owner, that she was a member of the nobility, and was concerned as to whether we would be disturbed by the 'loud hailer' being blown on the following Thursday morning. This was at Wilfa Head Power station - the only blot on the landscape west of the house. I didn't think a loud hailer would interfere too much with our comforts. Little did I know the so called loud hailer was like a huge vent being released - when we awoke the following Thursday morning and gathered around the breaksast table, this horrendous noise deafened us - it went on for about half an hour- then silence. We all collapsed with laughter afterwards and all these years later still refer to the 'loud hailer'.
Our week was marvellous nonetheless, walking in the beautifully landscaped gardens, searching for sea urchins along the shore ,and the odd trip out to local towns. My sister telephoned to say her son had arrived two weeks early - much to Mother's concern, but - all was well.
Sadly the house is no longer there. it was demolished in 1990? but the gardens are still open.
Happy memories. 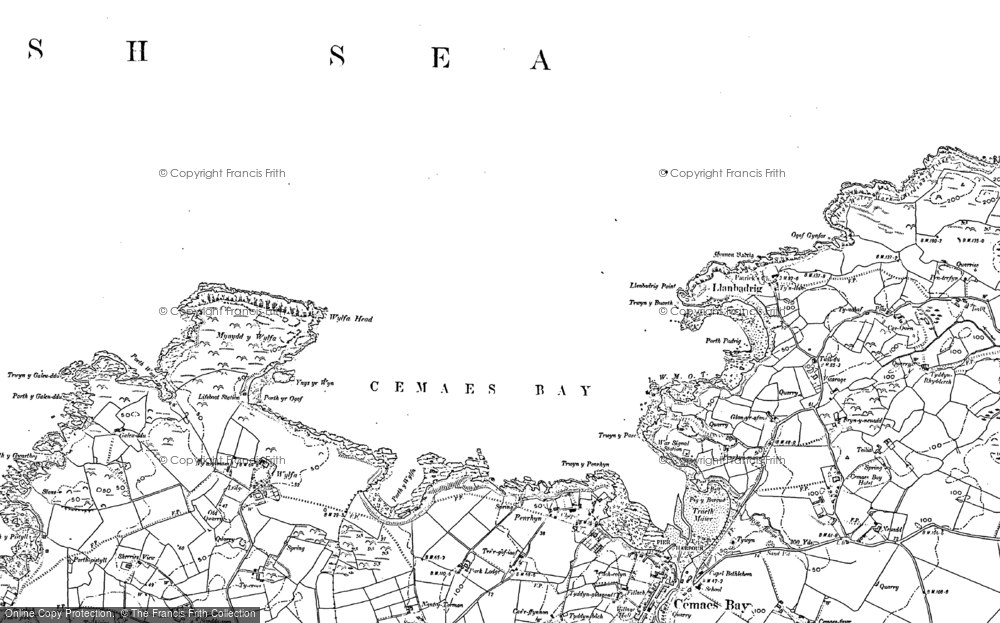