I have been told that New Court School does not exist anymore but there is an Insurance office there. I went to New Court School and boarded there with four other East African girls from Tanzania and Kenya. I was only 10 years old. My headmistress for Miss Peplow, my class teacher was Miss Warren-Smith and the matron was Miss Scott. I remember school friends Susan Imhoff, Gala and Susan Mitchell, Gala was a lovely ballet dancer. There were two day boys too and I think one was Paul, I don't remember the other one's name. I am writing my memoirs and feel very nostalgic for Cheltenham and the year I spent at school. I wonder if anyone still remembers New Court School. I have some pictures of sports day at school and the school itself.

Add your comment
Report abuse
Wed Apr 22nd 2020, at 4:53 pm
helencottington1 commented:
I was at New court school from 1961 to 1965 and have often thought I would like to catch up with other old girls. It was indeed most eccentric to the point where I sometimes think I dreamt it! Would be glad to hear from anyone who was there and remembers it. I have a few photos somewhere to share. Best wishes Helen Cottington nee Starkey
Add your comment
Report abuse
Thu Mar 26th 2020, at 3:05 pm
ngercke1 commented:
Hi Ken
I missed reading your comment of last November. I was away in Europe with my kids and then got busy with work. How are you doing in this stressful situation? Let me know. Warmest wishes
Nargis

I went to New Court School from 1966 until 1969. Strangely enough I worked for a house building firm in the late 1980s there. It was odd going back after so much time. I have very happy memories of my time at New Court and boarded there for a short while before I went to the Ladies' College. The school was very eccentric. All the classes were named after naval ships - Illustrious, Courageous etc. Thete was a binnacle compass in the main hall. I remember the Regency moulding work in the main house. We had a ship's log which was read out at the end of the week. Very happy, if bizarre memories.

Kind regards
Nicky Weir
Add your comment
Report abuse
Wed Nov 6th 2019, at 6:57 pm
ngercke1 commented:
Hi Ken
I was 9 years old when I came to New Court School. It was an old and a beautiful building and I have good memories of the back garden with trees and apple trees too. A tennis court and also where I went for my violin lessons in a small house behind the school. Sorry! I can't tell you more....Wonderful memories I have of Cheltenham! Best regards Nargis
Add your comment
Report abuse
Wed Nov 6th 2019, at 5:00 pm
kcb2 commented:
Dear Nargis, I now live in New Court Lansdown Road Cheltenham a development of privately owned apartments for senior citizens. I know that the main building was built by a private family in 1862 & since then iy has had many changes of use including Bovis Homes a major house building company. You indicate that you attended school hear so I an writing to ask do you have any information you could supply me as I am trying to research the buildings passed history.
I trust that you get this massage & thank you for any information you are able to supply. 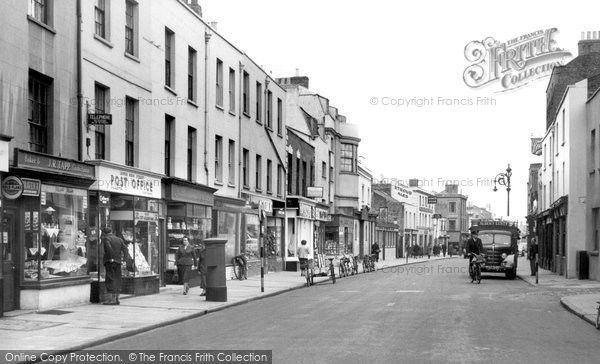