Our Childhood Above The Shop - a Memory of Chipstead.

We moved into the parade of shops in 1938.
Our father opened a green grocery and florist shop at No16 I think? I recall that although the war years were devestating to many people I recall many fond memories growing up in Chipsted with my older sister Valerie. Our father was serving in the national fire brigade and managed to come home from time to time to help our mother run the shop and raise me and my new sister Elizabeth.
During this period we were taken to Merthyr Tydfil in Wales along with many children. I also recall that one of the first V1 rockets crashed opposite the shops to which all of us children ran over to look at the wreck and quickly got chased away by the Home Guard. Colin Grimes was one of our good friends, his father ran the Grocery store which was the second from the top. We recall that during these hectic times we spent many hours in the Morris shelter that our father had installed in the basement. Many times we came upstairs to be greeted with windows that had been blown out by explosions nearby. Our Mother had to frequently come and chase us back into the house because as children we wanted to watch the dog fights above us.
On V.E. Day we, like many places, had a street party. Valerie remembers that Mrs. Grimes made home-made ice cream especially for us. We all had a good time, I recall that my mother was most upset that somebody walked off with a couple of her glasses. While trivial today, back then in 1945 one could not just run out and purchase new ones. It was after the war that our father bought the shop next door as an Ironmongery and had the Post Office moved up from another shop down the parade. During this period our youngest brother Derek was born; we left in 1946 for Sussex and a new adventure in our lives.
Brian Silk Calgary Canada 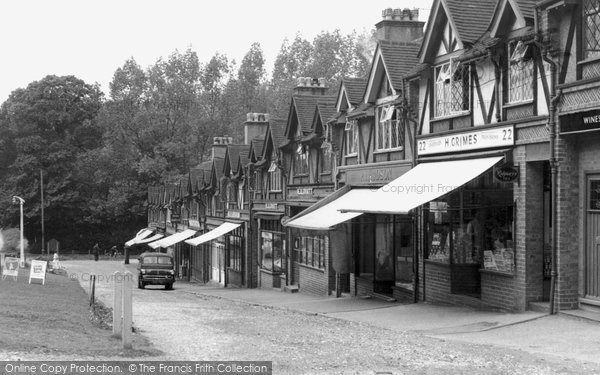