Annie Sophia And Frederick John Griffiths. - a Memory of Conwy.

I have visited Conwy each year for the last several years.On my last visit I parked my car in a small car park at Penmaenmawr and walked to Conwy,I took some photographs of Conwy castle in the distance, from the photo you are able to see the medieval town walls that you are able to walk as it's an open site.You also have a view of Thomas Telford's Suspension Bridge built in 1826. In Conwy town square (Lancaster Square) there is a statue of Llywelyn Fawr this is Welsh Prince or Llywelyn the Great,he was the most powerful figure in medieval Wales, he was born at Dolwyddelan in the 12th century.He was buried at the Cistercian Abbey that once stood in the centre of Conwy where St Mary and All Saints Church stands today. In Castle Street you will find Aberconwy House it's a 14th century merchant's house which is believed to be the oldest town house in Wales, over the years it's had many uses,it is now a museum.In the High Street is an Elizabethan town house called Plas Mawr (Great Hall) it was built by wealthy trader Robert Wynn whose other residence was Gwydir Castle near Llanrwst.If you walk down to the quay you can see and visit Britain's smallest house,built in the reign of Elizabeth 1,the house is 9 feet by 6 feet and was once home to a 6foot 3 fisherman!
From my visits to Conwy I have learnt much of the local history however I require help as I am researching and looking for ancestors at ABERCONWY,please could someone tell me what area is ABERCONWY,GWYNEDD in 1979. I am looking for any information about Annie Sophia Tranter born 1893 in Abergavenny, Monmouthshire she married in 1914 to Frederick John Griffiths, I do not know why or when they moved from South to North Wales but I have a record of their death in 1979 at ABERCONWY, GWYNEDD.They had children, a daughter NORA BERTHA GRIFFITHS born 1917, I believe she married in 1944 at Conwy to FREDERICK S FAWCETT? and had a boy DAVID FAWCETT born 1947 also a daughter ANNE/ANNETTE FAWCETT born 1947 I would be grateful for any information regarding this family. 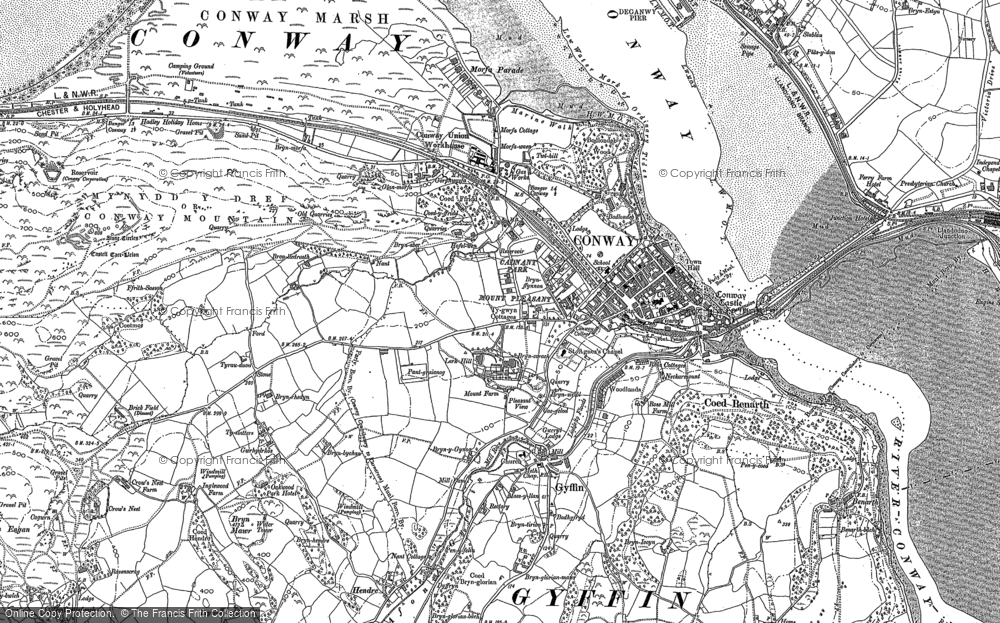