All My Yesterdays. - a Memory of Corringham.

The footpath on the left of the picture used to be narrow with a hedgerow and trees running all the way along to the first lamp post on the left. There was a gap in the hedge on the left where a track used to lead to some farm buildings a house. As a toddler while walking to the shops with my mum, I walked up the track a little, only to disturb a german shepherd which started to bark furiously. Scared out of my life, I turned and started to run back to my mum. On the way I tripped and fell, cutting open my chin. Taken to the Drs, I had to have tetanus injections.
On the right is a bus stop on the corner of Chase Road. The Co-op Shop was on the left in Chase Road. It was our closest shop. Butter was bought from a large slab of butter, cut by a type of cheese wire and wrapped in greaseproof paper. Biscuits were bought loose from large tins and we could always buy broken biscuits as a cheaper option. Eventually two shops were built opposite the Co-op. Mason's Confectioners and Tom Wood's Cycle Shop from where I was gifted a Rayleigh Blue Streak racing bike by my parents when I was about 14 tears old.
Tom Wood was a really nice helpful man. I think his son's name is Christopher. The Mason's had a daughter called Barbara. On the right side of Giffards Cross Road is what looks to be an Austin A70 Hereford. The building to the right of the car is the old Corringham Police Station and police houses.
When I left school in 1961 I found a job as a milk boy working for the Co-op in their Dairy, in Bridge Road,Grays.
I was partnered with a man called John who lived in Princess Avenue. Our milk round served all of the Homesteads area and Victoria Road including shopping centre of Stanford.
John was allowed to bring the milk van home. Something called an Austin Threeway. He parked it along side the Co-op shop in Chase Road. I used to meet him there every morning at 4.45-5.0 am and we would drive to Grays to load. One frosty morning, I was early so sat in the passenger seat waiting. A policeman rode up to the front of the shop and propped his bike. He then squeezed between the building and the milk float on his way to check the rear of the shop. Our faces came together as he went passed the cab of the float. He got such a scare when he saw me. he had to take a moment or three.
A bit further down the road on the left, just out of view was the Jet Garage and a Harris Coach Depot. 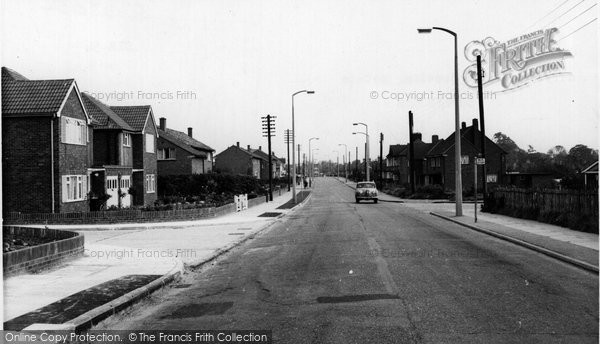