Creaton Sanatorium - a Memory of Creaton.

I used to work in the Laboratory at Creaton Sanatorium. It was my first job after leaving Lawrence Sheriff School, Rugby. I started in the Lab at Northampton General Hospital and was transferred to Creaton. I used to cycle to and from the Sanatorium each day from Rugby through West Haddon and it was a pretty steep climb out of Hollowell. I later had lodgings with a Mrs Weekly in the village but I think I ate too much and she said (politely) she couldn't cope with me. I also stayed with Mrs Hanson in Creaton.

The fire at the sanatorium in 1954 is well documented but I remember, during the emergency, helping on the Men's Medical ward to remove clothes and belongings away from the flames.

The photographs on this site are precisely of the era when I lived in Creaton but I must confess that I did not realise at the time what a beautiful English village it was. I suppose a 17 or 18 year old youth has other things on his mind than the local scenery.

One of the male nurses at Creaton, Joe Healy lived with his wife (Esme?) in one of the then newly built houses on the Main Road. He was Irish and had a brother, Peter, who also worked at the Sanatorium but he left soon after I started there.

I recall going up to the pub in the village one Christmastime to buy half a bottle of medium sherry for a senior Charge Nurse and when the landlord decanted it into another bottle he kept the original and handed me the unlabelled plain glass container. The charge nurse was not impressed when I returned, but he had to admit the sherry was really very good!

I am now 77 years old and live in the USA. My memories of Creaton village and the old Sanatorium go back 60 years but they are still remarkably clear. Those were happy days indeed.

Wed Oct 31st 2018, at 10:40 pm
Nial Reynolds commented:
I haven't been back to the old Sanatorium for some years. I was under the impression that none of the old buildings had survived and I can't even recall where the mortuary was situated.
Add your comment
Report abuse
Wed Oct 24th 2018, at 2:52 pm
naulahka commented:
Thanks Nial
I grew up near here and my mother worked at the Sanatorium with Joe Healey.It has been pretty much demolished except the old nursing quarters.The old mortuary is a garage of an upmarket home. 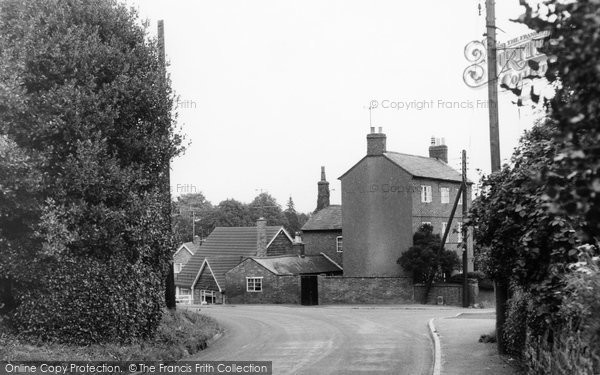