I came to E.H. in 1947 when I was 2 yrs old, and lived in Gallants Lane - opposite Fen Lane. Audrey Hudson used to organize the village children for the St John's Ambulance Brigade practice evenings, when we would practice putting bandages on people in the Quakers room run by Mrs Honeywell. One day I spent several hours pulling weeds out of one of Audrey's fields and got a ten shilling note! At the bottom of White Hart St lived the Feakes family. Mrs Feakes narrowly escaped death one day, standing at her front door, when Bud Collins older brother scraped his motobike right along the front of her house at high speed, before demolishing a huge brick pillar further up the road - all this right before my eyes. Just near there was Mr Towel with his hair cutting shop in a small wooden hut. At the bottom of White Hart lane was Palmer's stores, and Mr Tann the Butcher. He paid me to collect conkers for his pigs to eat. On the corner was Mr Cardy's garage. Just down Fen Lane lived Mr & Mrs Vale, and the Duntons. Further down was Huby Burlingham, a man who lived in a semi derelict cottage and rode an ex-army parachutist's folding bicylce - very slowly. At the bottom of Fen Lane was Barney Eleanor. Mr and Mrs Root ran the Co-Op in the market square. Wooden floors, and sugar in a sack by the door. They would dig out the sugar with a shiny metal scoop, pour it into a blue paper bag - 1 lb or 2lb - and perfectly fold the top closed. They cut ham on a hand cranked machine. Mrs Root, a rather stern woman, would pour salt on the ice slides we tried to make on the pavement in the winter. East Harling School? I remember just about every detail of it - the two playgrounds (one for boys & one for girls) the tin roofed toilet huts, the four classrooms, the coat hooks in the two lobbies, the huge sliding doors that separated two of the classrooms. Coal fires in all the rooms in winter. Mr Humphries, headmaster. Mrs Shaw, and Mr & Mrs Moore were the other teachers. My Mother, Sybil Wooldridge, was the village postwoman for many years. Her mother, Mrs Drake, lived next to us, and Drakes Close, East Harling, is named after her. And her gt.gt.Gandparents, Elizabeth and Elijah, have their names in the stained glass windows of East Harling church. Keith Wooldridge email: starwalk@btinternet.com 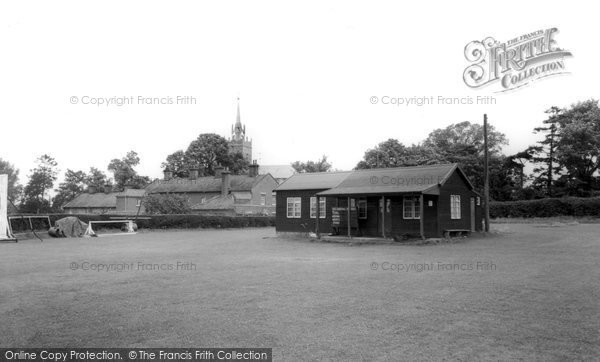