Granary Or Mill Forest Row - a Memory of Forest Row.

In the 50's and 60's, I remember the building on the left of this photograph being a mill where they ground flour. You can just see a horse and cart in the lower left of the picture, and I believe that just above this was a first floor opening with a static crane for lowering sacks into the wagons. I can remember going inside and looking out through this opening as a small child, and being frightened by the height. Opposite, were some cottages and a parade of shops; a newsagents and an electrical shop. Eventually, some of the cottages were knocked down to make way for a telephone exchange, probably in the late 50's or early 60's. On a Friday lunchtime we were able to go out of the primary school, and walk up this road to the fish and chip shop (owned by the Sitwell's, I believe) by the war memorial and buy cod and chips. My parents only let me do this on a couple of occassions, and I was very jealous of the pupils who went every week. There was a sweet shop next door to the chippy, run by a family called Cowie and a toy shop owned by Mrs Offord.

Thu Jun 22nd 2017, at 10:58 pm
John Godwin commented:
I remember Harrisons barber shop at the end of the "Parade" opposite the school, also the sweet shop, a fabric/wool shop, a butchers shop Heasmans maybe, and a sort of hardware store that had some goods hanging from the ceiling.

Opposite the flour mill was Jacksons electrical hardware and funeral director, a newsagent/book shop, futher down was Baldwins barbers next to a small convenience store, and Friends removals office which also served as a pickup depot for the Phoenix laundry and dry cleaning works in East Grinstead.

I remember the fish and chip shop, a sweet shop, and the toy shop where I used to buy Meccano parts, on the strip where the old Chequers Inn was located.

I lived at 14 Park Crescent from about 1947 to 1955, and attended Aston House school and Abbey school. We moved to Baldwins Hill in East Grinstead about 1955.

Add your comment
Report abuse
Sat Jan 3rd 2015, at 12:12 pm
sandra commented:
I rememberer the flour mill and remember, going in there . I was at Forest Row primary school in the fifties . Do your remember the sweet shop opposite the school . We would go in there after school and then run to the swings along the road .
Do you know a Linda Fairman ?
Sandra Wickham Nichols
Add your comment
Report abuse 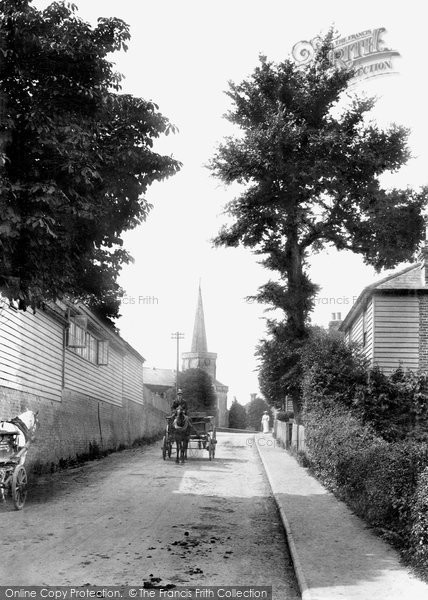