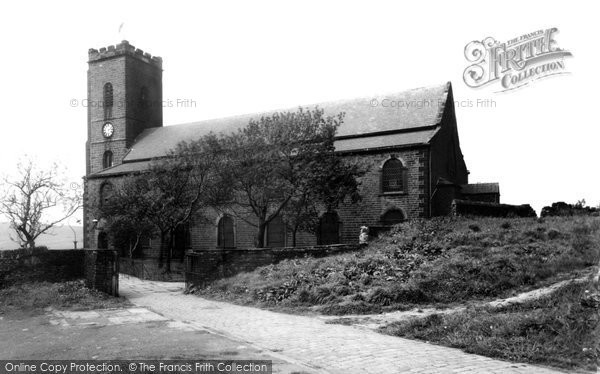 Myself and my school mates from Helmshore Primary School spent hours of time at the baths in Haslingden, my friend Christopher Row was one in particular. I also would like to know if anyone knows a Carol Ashton or Lynn Ashton, OR June Peddie or Dave Peddie. We all went to primary school in Helmshore. I moved to America in May 1965. Peter Chadderton

Clockmaker Edward Moore, born in Kendal on 26/6/1872 was also an optician who had a shop at 13 Manchester Road, Haslingden. This can just be seen as it was in the 1950s on the extreme left of this photograph. Ted, as he was called, was responsible for the supply of the clock mechanisms for both Victoria Park (opened 1908) and Helmshore Memorial Park (opened by the Porritts on 24 June 1922).

I remember St Mary's church as a child on Easter Sunday, my foster mum was a wonderful dressmaker and she always made myself and her two girls lovely dresses and matching cardigans. Life was so uncomplecated then. I'm hoping to go and visit Haslinden around September so that's one place I will be visiting again.

I would like more info on the Hoyles of Haslingden, plus the Burns family from Accrington, and Baxendale. My great grandfather was a accomplished runner Samuel Brookes Hoyle, and also delivered mail in the locality especially Grane Road. Mr Burns was an accomplished tailor, from Ireland, but died suddenly, I'm interested if (...Read full memory)

Share it:
Back to Haslingden
Back to all Haslingden Photos