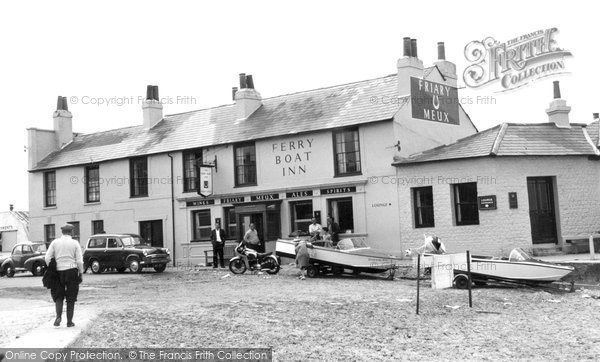 This is the 17th of 18 Hayling Island photos.

My Dad Ray New recalls being sent to Suntrap School, Hayling Island round about 1948, as he was "delicate". He would have been about 9-10 years old. He recalls helping to manually drain the chests of asthmatic children. He has a photograph of a boys' cricket team from those days and in it he believes (...Read full memory)

From 1944 to 1947, aged four to seven, I had tuberculosis and was a patient at Lord Mayor Treloar's Hospital in Alton, during which time I spent six months at the convalescent hospital in Sandy Point. Visiting was still restricted to nine Sundays per year, but while I was there my parents and (...Read full memory)

We used to go to Suntrap to pick up my Aunty Molly, Molly Richards, who worked there. Aunty Molly was my favourite and I always thought Suntrap was a nice place because of this. I met a lady when I started a new job and she shattered my illusionsas she had been there when she was young and told me how horrid it was and (...Read full memory)

I Remember It Well

I went to Hayling Island Suntrap School When I was Five Years Old Around 1957/1958, I remember one boy hand his head hit by a train while looking out of the train window on a school trip and seeing blood running down the train window, I am not sure they told us of the outcome. and I also remember all the school (...Read full memory)