Arthur Smith Was 12 When This Picture Was Taken - a Memory of Headcorn.

My dad was born Headcorn in 1891, grew up in the village. He served in the First World War and, later, moved to other areas in the south. He ceased travelling after arriving in Bedfordshire with my mother, during the Second World War when I was born.
We visited Headcorn in 1958 and 1964 but did not meet any of his relations. He had a brother John, who had a barber's shop at 6 Rochester High Street, which was still listed in the phone book until 1992.
Although I'm not 100% sure, I think Dad's father's name was George Smith and his mother's name was Jane Collinson, which I found researching the Census records.
I would be very interested to know if there is anyone left in the village that remembers the Smith family.

A memory shared by pashburner on Jul 10th, 2009. Send pashburner a message 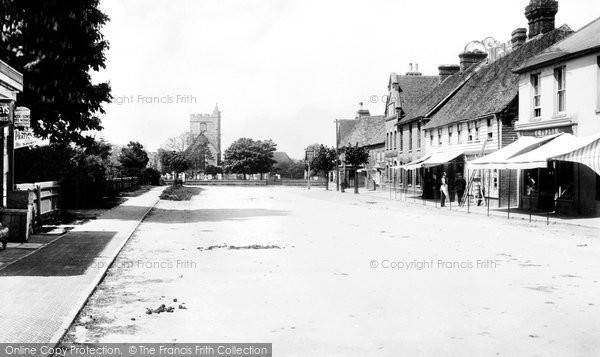