My Grandad - a Memory of Headcorn.

My granddad was William Pollington, he was a shoe repairer and lived in the village before the war. He lived with a Mrs Chadwick who had three sons, George, Fred and I don't know the name of the other. I would be so interested to know if they married and also Mrs Chadwick's first name. Grandad was a widower with four children; Beatrice, Elsie, Albert, my father and Ivy. His wife died in 1907 aged just 37, her name was Jane formally Harden. His mother, Emma, formally King, then looked after the family until she died six months later - they both had TB. Granddad lived well into the 1940's and was in his nineties I believe when he died. 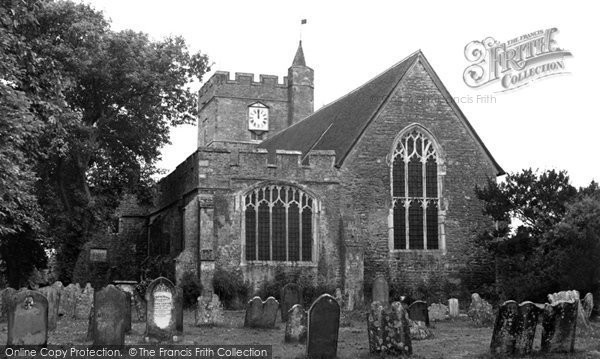 Headcorn, the Church of St Peter and St Paul c1955