Because of the grounds of Horeham Manor virtually all the shops were on the side of the road that is to the right in the photograph entitled "Horam, Main Road c1955". One exception can be seen in this picture, and I believe is still there now. It was a wooden structure, built (so I understand) by my late father and his brother (the latter died in 1955, before I was born). The two began selling produce from ground they rented from Horeham Manor, calling their business 'Manor Nurseries'. In about 1959 my father moved what had then become a greengrocery and florist business - using the same name - to the brick-built shop almost directly opposite (which since he finished in 1967 has itself been various types of shop, currently one selling antiques).
My father's name was John Pierson, and some of the shop personnel included Mr (Harry) Sands and Mrs (Marjorie) Pope. My name is Mark, and I was very young when we lived (in an old caravan) behind the wooden shop. My brother Andrew was born in the brick-built shop.
We both attended Maynards Green CP school, but in 1968 as a family we moved from the village to elsewhere in the country. Our parents have since passed-on.
However the village and the house where we spent our young (formative?) years are dear to us even though much time has passed since then!
Thank you for allowing me to 'go down memory lane' and God bless! 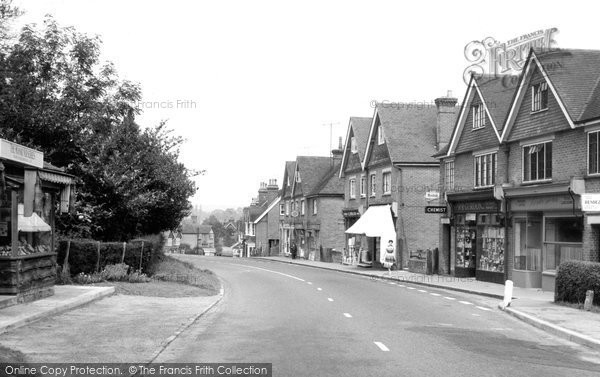