Canadian Student Of The Convent Of St. Clotilde Girls School - a Memory of Lechlade on Thames.

I attended The Convent of St. Clotildes Girls School in late 1990 to early 1992 (classes 3A and 4B) whilst I was 12 to 14 years old -- one of many Canadian girls who were at school as our parents attended RMC Shrivenham. I was a day student and my family lived nearby in rented accommodation. Cambrai House to be exact.

My school days at Clots were a formative time. Coming from urban Canada, the vast farm grounds, the Lechlade Manor house, the gymnasium and art class building, the small cottage style classrooms, and of course the refectory was such a different world than what I was familiar with. Our grey and violet uniforms - I can still feel the itch of the wool leggings!

Unfortunately it was very challenging to make friends as I was an outsider who spoke with an accent. I was not welcomed by my peers and felt largely alone while at school. The teachers and nuns were very disciplinarian and despite my hard work I never seemed to achieve their level of satisfaction. I found subjects to be more advanced that what I had studied back home and there was very little support for struggling students - it was keep up or be left behind!

Sister Victor taught me French and was forever frustrated and angered by my (very typical) behavior. She was very harsh to the students. Everything in our notebook had to be written and aligned just so. Sister Dominique was Head Mistress and delighted in Friday morning assembly of convening the pupils to publicly dispense "rosettes" or "order marks" for behaviour. It was embarrassing. There were so many bizarre customs and schedules! I have fond memories of Mrs. Moss (History), Mrs. Spinx (Music), and Miss Armstrong (Religious Studies and dorm mother) -- and good memories of the hot lunches: sweet and sour day, roast beef with Yorkshire puddings, pudding, and tea!

There is an active Facebook page dedicated to alumni of the school if you are in search of former pupils, FYI.

Despite the challenges, there has not been a day since that I haven't thought of my time at the school and the life lessons, good and bad, I learned there. I had not been back to the UK since 1992 until quite recently when I visited Lechlade in the summer of 2014. Now married and pregnant I dragged my very patient husband to see the grounds and I was amazed by the changes.

It is now private property, but accessible. Everything appeared smaller than I recalled. All the out building have been destroyed and removed. At the end of the main drive there is a new housing community - quite lovely and Italian looking in design with lovely gardens and a courtyard. There is also one or two free standing homes. The Manor is very overgrown and neglected - the Chapel is there and when I looked in the windows the sanctuary is piled with mattresses and old furniture. The tennis courts are gone but the gravel drive remains. Looking out past the swimming pool the farm land is as it always was, cows grazing, trees in the distance, and that made me smile.

I stayed only about 20 minutes to look around and felt an overwhelming wash of emotion to be there - seeing it today you would never know the history of hundreds of girls who went through school there. It is all now dust in the wind .........

Tue Sep 27th 2016, at 4:17 pm
jillian.reeve commented:
I loved reading your memory of being a Clot! I was at the Convent from 1946 to 1952 as a day girl, I then went on to boarding school, Downe House. I absolutely loved my years with the nuns. The teaching nuns were called Madame Marie St Edmund (for example) and the staff nuns were called Soeur Baptistine (the cook). Thanks to the school my French was good and I have lived in France for the last thirty years. One of my brothers was also there but he was very naughty and caused mayhem. Fortunately he was also very clever and the nuns loved him! So many happy memories of this post-war period.
Add your comment
Report abuse 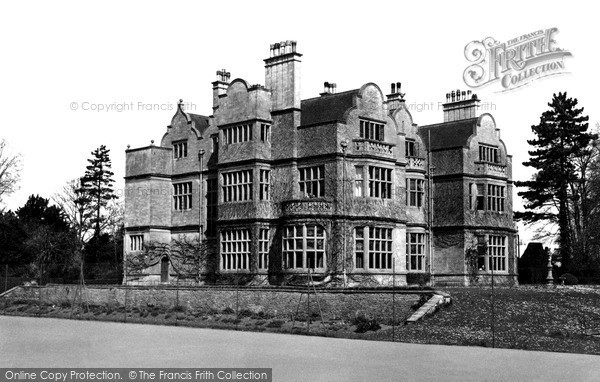