Thomas Pritchard Chief Constable Circa 1780s - a Memory of Leicester.

My wife Merlyn's great, great, grandfather, Thomas Pritchard, held the position of Chief Constable in Hereford during the 1770's to 1790's. He had seven sons, and the youngest, Thomas, born in 1831, migrated to Australia in the Horizon and settled in Bendigo, Victoria in 1857, as a result of the 'gold rush'. He then followed his trade as a carpenter and went into the building trade at Snowy River when he became connected with the Adelaide Brewery. He married a Mary Stevenson in Bendigo in 1862, who was born in Kegworth Leicester in 1845 and migrated with her parents aboard ' Epson' in 1855. Thomas and Mary had seven children but the first one died. In 1874 ,Thomas bought and built a home in Stewart Street Bendigo. In 1878, Thomas joined with a colleague Charles Chamberlain to form Pritchard and Chamberlain, who took over the lease of the Adelaide Brewery later to become Pritchard and Chamberlain. He relocated to Lucan Street in 1880's. He named this home 'Leicester' after his wife's birth place. His son, Thomas Pritchard joined the firm and collected the orders for the brewery. He was a well known opera singer in Bendigo, active in sport, member of the Bowling Club, Golf Club, Bendigo Jockey Club, and swimming club. He travelled extensively overseas and attended the coronation of King George V1. He did not marry being the last surviving member of his family. Thomas served as a prominent member of his lodge. He later inherited the running of the Brewery along with George , Charles Chamberlain's son both operated the business until they sold out to Carlton and United in 1940's. Thomas became a successful local business man. He lived with his mother until her death and then took up residence in a suite at the famous Shamrock Hotel until his death in 1953. The Pritchard family were highly respected as was demonstrated at the funeral cortege of Thomas when he died at the age of 72 and whose passing was widely reported in both local papers. The firm of Prichard and Chamberlain transferred to Bendigo United at Golden Square after the firm sold their equipment and their licence, at Lucan Street , Bendigo to Carlton United in 1940's and continued trading till 1960's. The Bulk Wine and Liquor Store at Eaglehawk continued to trade until it was sold off in 1980 .My wife Merlyn is Thomas Senior's great great grand daughter. 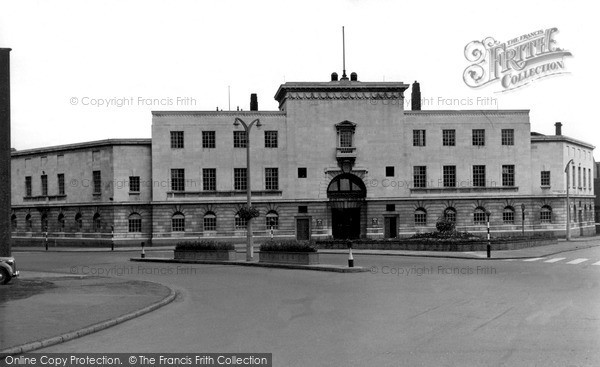