As I look at this picture of the Letchworth swimming pool and notice the date is c1950… it would be only a few years later (mid 60’s) that my friends and I would cycle there with our towels and trunks fastened to the backs of our bikes (no expensive designer sports bags for us!). We’d padlock/chain our bikes outside the pool and hope that the worst that could happen to them is someone let our tyres down and nothing more.
This picture captures the pool very much as it would have been when we were there. Usually we’d spend most of the summer holidays there. Getting out of the pool and then lying on the very hot floor to dry off on sunny hot days…Or if it was raining just staying in the water believing that the rain was actually causing the water temperature to rise. Of course if there was a lightning storm we were told to get out of the water.
In the deep end there was a pipe at the bottom that we’d dare one another to dive in and swim through it…always with the knowledge that there were stories (true or not) of people getting caught under the pipe and drowning.
To the extreme left of the picture, out of shot, would have been the grass/picnic area, blocked off from the Norton Common by a concrete slab wall that I recall kids often trying to ‘bunk-in’ by either climbing over or, unbelievably, tunnelling under, usually with the assistance of friends that were already legally in.
To the extreme right (again out of shot) would be the ladies changing rooms. Alongside them were the admin offices and I think the filters? Then the entrance/exit gates…and of course the ‘tuck shop’ where goodies could be bought. I can very clearly remember having my first packet of Walkers cheese and onion crisps (rather than Smiths, the most common, ready salted with the little blue packet of salt, followed by cheese and onion or Golden Wonder) and a steaming cup of Bovril or Oxo.
Moving further along were the men’s changing rooms. First you presented your entry ticket to receive a numbered metal hanger with a basket base for your clothes…You then had to choose if it was to be a cubicle for privacy or the ‘cattle-sheds’(?) which was a common undressing/dressing room…Usually used when we went there on school swimming trips. You had to remember your hanger number otherwise you would have trouble recovering your clothes from the 100s? of other hangers. Once changed for the pool you could either shower (before or after the swim) and the foot-pedal sprayers were always fun to play with.
The shallow end was 2ft 6ins and went up to a deep end of 6ft or 8ft? either way very deep for us youngsters. Then there was the wonderful water fountain, which as I’m pleased to say has been caught by your wonderful picture, sadly I’m sure it has vanished many years since…
Finally we can just see the smaller slide that went into the 3ft area. Having visited the pool recently the high slide and boards have been removed apparently due to the ‘elf & safety people…I have many fond, but sometimes scary feelings as I trooped up the stairs to the top of the slide…I don’t think I ever had the nerve to go down it head first or backwards though many people did. Then of course there were the boards…I would only ever jump from the top and second boards (I think I may have tried diving off the second just the once, but that was enough)….and dive from the first either spring board, or the flat board.
I wonder if anyone will remember a very leathery-tanned 70? year-old man with a grey goatee beard? He used to do a beautiful swallow dive from the 2nd spring board, and then swim, as if in slow motion two lengths and repeat the dive time and time again…I seem to recall this happening early on Saturday mornings? Finally I think there was a life guard there and his name was Paul and he was Canadian??
I think that’s all I can bring to mind about the pool…Hope that this will help to jog so other memories of the Letchworth Pool. 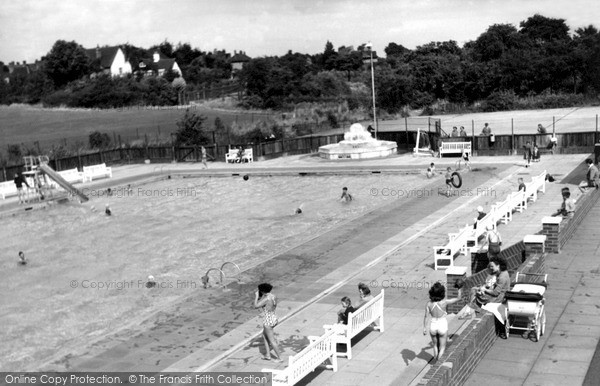