A Chauffeur Working In Limpsfield - a Memory of Limpsfield.

My Great-uncle, Bertie (or Robert) Jarrett, was born in Oxfordshire in 1887 and lived in Limpsfield from the 1920s until his death in 1975.

After serving in the Cavalry in the First World War, he became chauffeur to Sir Leslie Scott MP (Solicitor General in 1922), and later to Sir Benjamin Cohen KC. Bertie and his wife, Dorothy, had their own self-contained flat on the premises of one of these employers in (or near) Limpsfield.

Later, the couple moved to No. 2 White Hart Cottages, in Limpsfield High Street, where they lived until Bertie's death on their Diamond wedding anniversary in June 1975.

I am not sure whether the couple had any children. Does anybody remember them?

Sun Nov 12th 2017, at 10:35 pm
johnlmotley commented:
Coincidentally, I returned today from a visit to Edenbridge. My mother was born at Champions, the home of Sir Benjamin Cohen. Her grandparents the Sharpes, were gardeners to the Cohens, and my mothers parents lived temporarily in the chauffeur's cottage, which was vacant at the time. If this where Bertie Jarrett lived (rather than accomodation provided by Sir Leslie Scott) then Bertie may have been the next occupant after my mother's family!
Add your comment
Report abuse
Thu Nov 27th 2014, at 8:05 pm
dianelinsley commented:
Hello again, can I just say I knew a Eric Jarret living over the road to the old Bakery in Limpsfield village. We often spend holiday's down in that beautiful part of the country visiting My Mam's sister My Auntie Margaret and Uncle Bob.. who was the best baker from North to South of England. He delivered bread and one place being Saint Michael's scool. I have to say Eric Jarret was a lovely Gentleman and remember him well. He used to be a bee keeper with his hives being on way up to the common. Regards Diane
Add your comment
Report abuse
Mon Nov 24th 2014, at 10:48 pm
dianelinsley commented:
Hello, My name is Diane. I am a Northern girl But spent a lot of My childhood around that area. My Uncle was Baker in Limpsfield village. I will do some enquiries to My family and Will get back to You either way. Regards Diane ~
Add your comment
Report abuse 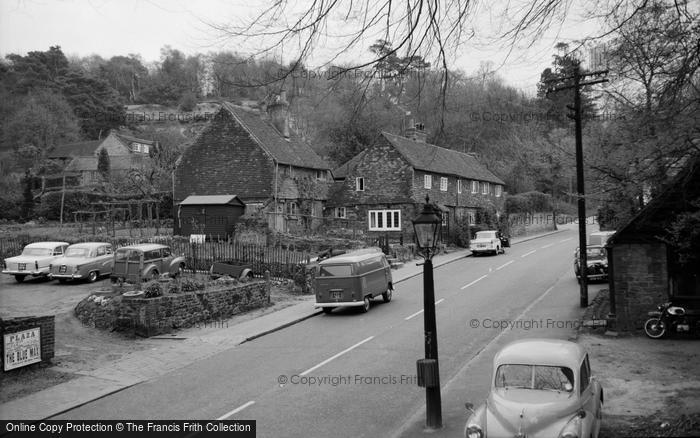