Shops on West Street in the 1960s were left to right:
Merritts the butcher next door to Blackiston the butcher, famous for the specialty sausages, also had its own slaughterhouse and in the back garden an Anderson shelter used by us kids as a 'camp'. Next door florist and green grocer, Goldrings. Harris's the grocer, Bannisters the jeweller, you know, the old-fashioned type that could actually repair watches, clocks and jewellery. On the corner of West Street/Grange Road was Frisby's shoes and on the other corner was Mr Churchman's which became Rice Bros, saddlers, leather, fishing tackle. Burchnell's newsagent, where I was a paperboy for several years, Pearces grocers. Mr Pearce used to make his own 'Scrumpy Cider' at his 'press' on Easebourne Street where he had another shop and residence. We used to buy it for the Wheatsheaf in 5 gallon refillable earthenware jars. It was so strong that Dad would water it down with several pint bottles of lemonade. Even then 3 pints were more than enough for any man! Steadman's shoes and last Bradley's, a mens and boys clothing store.
Don't think any are still in existence today! 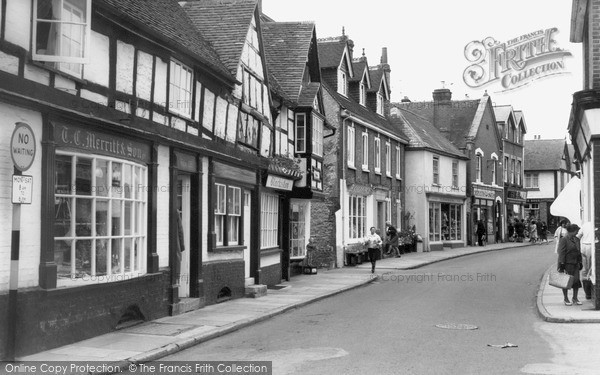