Holidays In Langley Moor, Durham - a Memory of Old Whittington.

My aunt was Mrs. Kenyon, the Headmistress of Langley Moor Infant School and I have fond memories of spending time at the school with her while I was on holiday with her in Langley Moor. She always had the Reception class and I recall on the first time I was there, she was called away to answer a telephone call and I was left with the class - oh, for those days again when children sat still and did as they were told. The children had a room next door where there was a house to play in, sand trays and a slide. I always remember playing the piano for the children to dance to and helping the other teachers with sorting out plimsolls at the beginning of term. I remember shopping in the High Street at the Co-op where John would pat the butter and the money went in a whizzer over our heads. My grandmother lived in the Villas where she had brought up four children after being widowed in the first World War. My brother was christened at St. John's in Meadowfield where my aunt lived and it was here that I spent my holidays. There were allotments behind the houses and beyond that there was the cemetery where my grandmother was buried later next to her son, who had died in the war. 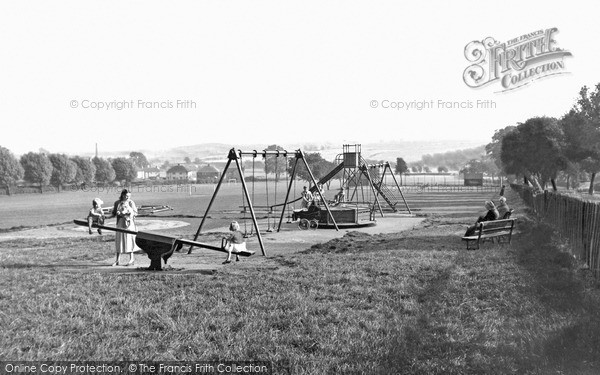