Childhood Memories - a Memory of Shalfleet.

My aunt and uncle ran the New Inn in the 1930s and 1940s, possibly before.
Their names were Patrick Huston and Annie Huston. Also living with them in the early 1940s were my grandmother, Mary Evans, and my Auntie Lou. I lived in Portsmouth and remember being sent by my parents at the outbreak of war in 1939 as they thought it would be safer for my brother and myself. However, after 3 or 4 days my mother came and took us back as she did not want us to be separated. I have seen a postcard on another site showing the fireplace uncovered at the New Inn by P F Huston, my uncle, and I remember sitting at this fireplace and listening to a speech by the King at the outbreak of war.

After my uncle became ill they gave up the pub and moved to Chapel Cottage, remaining there until my uncle died. I spent many happy holidays with them and used to spend lovely days at the creek, where a Mr Roy lived in what I remember as a very small dwelling at the side of the creek. Another memory I have is of collecting milk in a jug from the farm just past the New Inn on the way to the creek and, on a later occasion, my brother and I were chased by a bull from this same farm, while we were walking down  to the creek. I don't know if Chapel Cottage is still there but hope one day to revisit  Shalfleet and have a look round. 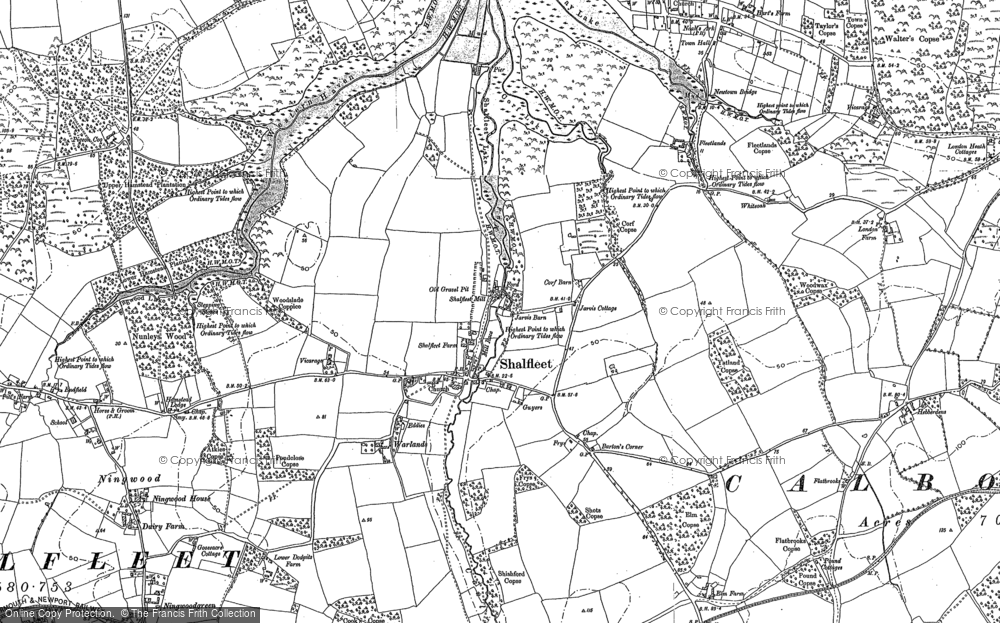