To My Father - a Memory of St Columb Major.

I have just came across a letter about my father (Matthew Fury) who was killed at St Columb during the Second World War, my father was with his regiment  219/46Light A.A Battery. R.A.
The letter was sent to my grandmother in 1941 by my dad's Commanding Officer  (Major A. W. Smyllie) who was billleted at The Red Lion Hotel in 1941.
My dad was an Ack-Ack Gunner, when the German aircraft came over dropping their bombs, my dad and one other of the gun crew were killed in action. According to my dad's Commanding Officer they were the first two people to be killed at that time,so I thought it might give you all a little history what went on during the Second World War down in your part of the country.
I only came across this letter when my older brother died this year, I did not know my brother had this letter until my nephews presented the letter to me and my dad's medal, I really thought what a lovely thing to have from my dad's Commanding Officer.
All you usually used to get was a telegram saying that your son had died, but to get his Officer writing a personal letter is something else, what a gentleman he must have been, my family will treasure the letter for ever.
Yours truly,
Jim Fury. 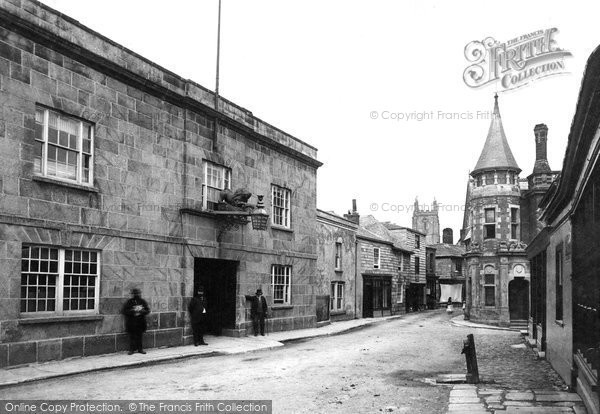