I went to live in Nash in 1955 as a foster child.  I attended Nash School from 1955 - 1958 when Mrs Jones was the headmistress. The school sadly closed in 1958 and we were moved to Burford School near Tenbury Wells.

Life at Nash School was idyllic and we used to run through the lanes to school every day. When it snowed badly we stayed at home or were taken in by tractor! I still have a photo of us all on the day the school closed in July 1958. There were 23 pupils and Mrs Jones.

Even now at night I often lie in bed remembering the days around the lanes.  The glorious flowers, catkins, conkers, crab apples, blackberries and elderberries. The list is endless. Reading Laurie Lee always remind me of so much!

I went to school with the Tenchs from Groom's Cottage at Knowle, the Bowkleys from Harthall and the Postans from Nash. We were poor, scruffy and dishevelled but we had a great teacher in Mrs Jones. I got into touch with her again in 1978 and we remained friends until she died a few years ago.  A lady in a million. She taught us all the basics and we could all read and write and behave properly.  She was strict but fair. She used to get cross with us when we ran across the churchyard. We were a religious school and we used to decorate the church when it was Harvest Festival and the food was taken (I think) to Tenbury Hospital.

I recently found some records in the archives and learned that the primroses we picked were sent to Great Ormond Street Hospital for Sick Children.  Can you imagine them receiving bunches of flowers in a box from the railway station? Magical! We also used to send our pennies donated to Dr Barnardo's.

We loved Nash Court and I thought a Prince lived there as it was so big.  Then it was converted to a Boys' Club venue.  We did actually use the swimming pool on a few occasions, but it was very cold as it was outdoor.  We used to play on ropes with tyres on and swing on them.  They were used by the boys who stayed there. The glorious chestnut trees are still on the park around the Court. 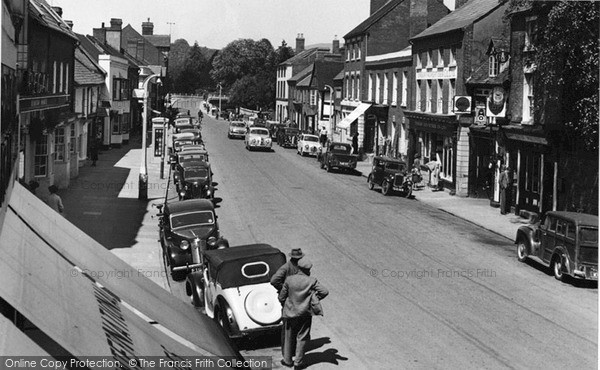