Girlington Family Ownership Of Thurland - a Memory of Thurland Castle.

Nicholas Girlington of Hackforth and Calton, Yorkshire (my 9th great grandfather) traded Sir Francis Tunstall the manor and lands of Hutton Longvillers, Yorkshire for Thurland in 1598. In 1612, Nicholas registered a pedigree of Girlington of Thurland with the Norroy of Arms. Nicholas was buried in Tunstall on 01 Mar 1627. While the Tunstall family retained ownership of the Hutton Longvillers estate for a little over another 200 years, it would not be so for Thurland and the Girlington family. Being staunch loyalists, the family and castle were in the cross hairs of the armies of Cromwell. The castle was sieged by cannon and mortar fire for over two weeks before it was finally taken. For the most part, Thurland was left in ruins. Sir John Girlington (my 7th great grandfather) restored the medieval portions of the castle referred to now as the Hall, Study and remaining portions of the outer wing to living quarters (referred to as apartments at the time). In 1698, Sir John sold the castle to John Bennett, an attorney of some import in London. Sir John then took residence in Hornby Hall to the south until his demise. Sir John was also buried in Tunstall on 19 Sep 1706. Sir John's only son, Nicholas (my 6th great grandfather) was given his inheritance from his departed mother, Margaret Curwen (grand daughter of Sir Henry Curwen of Workington, Cumberland), along with the monies given to him by his father after the sale of Thurland and then left for the American Colonies circa 1700. Nicholas was the founding father of the Gillington and Gillentine families in present day America. At the age of 90, he penned a rudamentary drawing of Thurland as he remembered it as a child, of which I am now in posession of a copy of this drawing. Nicholas died on 07 Dec 1773 in Halifax County, Virginia Colony. It is my most profound desire to acquire one of the present day Thurland properties as my final retirement residence.

Fri Feb 22nd 2019, at 2:53 pm
scottgillentine commented:
O wow the thrill of the hunt!!! That is a great wrightup very informative good luck to all on your quest.
Add your comment
Report abuse
Tue Jan 17th 2017, at 2:13 am
lucious.ollie commented:
I just wanted to say thank you for sharing this history and ask if there are paintings of the Girlington/Gillington family?
John Girlington
1637–1706
is my 8th great-grandfather 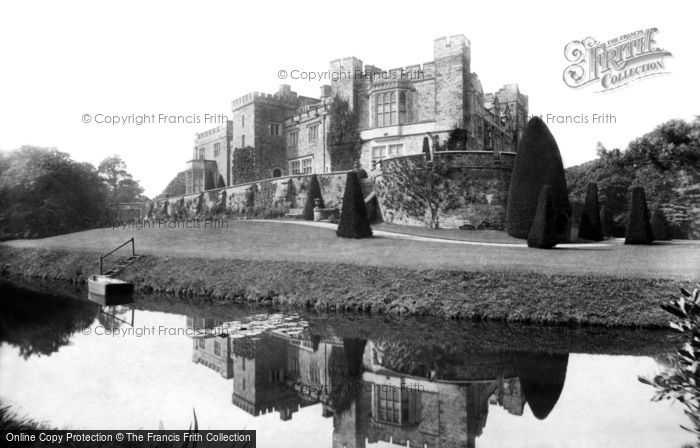