My name is Susan Railton (nee Price) and I grew up in Torrisholme in the 1960s and 1970s. It was always a place where everyone knew and cared about each other. I lived on Hyde Road and could see The Square from my bedroom. I remember going to the corner shops where Booths is now. I especially loved Mr Lupton's (I think that was what he was called). In his shop he had a shelf full of lovely sweets in glass jars and he always did a magic trick with the money you gave him. Next to him was the corner grocery shop where you got served with everything you wanted.
I remember the other shop further into the village where the bookmakers is now, it was owned by a woman I only knew as Barbara. Mum would take me in there after we had been to Mass.
My friends and I would often play in the park near the spar shop (or Shaw's as it was known then), I have passed several times when I go to visit family, and noticed that there is still some original play equipment still there, like the running wheel and climbing frame.
I used to get excited when it was Easter and the churches got together to put on a parade through the village depicting the final journey of Christ, it was so real when you were a kid! Then the cross was placed upon the Barrow.
Torrisholme is gradually changing, but it still retains its character and still has a lovely community feel. 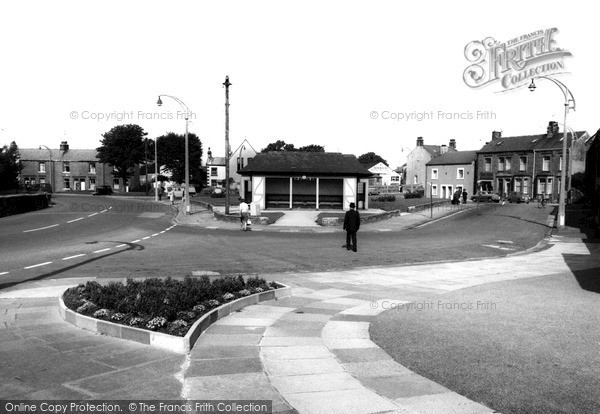