When Weybridge 'woolies' Opened! - a Memory of Weybridge.

'Woolworths' facia remained above their High Street premises throughout the Second World War with a 'Closed for the Duration' notice affixed to the boarded up windows. My mother regularly took me to the Kingston-on-Thames branch though so I, like most of the inhabitants of Weybridge, eagerly anticipated the 'Grand Opening' which I believe occurred sometime in 1946. A huge crowd gathered for the event and I had been given 'half a crown' to spend which in those days was a veritable fortune to a ten-year-old! Sweets like most worthwhile things were still rationed but I did buy some 'broken biscuits' which were served direct from glass-topped tins into a paper bag. Broken ones were much cheaper than 'whole' ones and kids didn't need to have a 'ration book' to purchase them! The crowds stayed all day and the schools closed because no one turned up! By far my biggest disappointment was to discover that, unlike the Kingston store, they didn't sell large mugs of steaming hot 'Horlicks'!
Over the ensuing months many more of the 'closed for the duration' shops reopened as staff returned from war service and supplies became available. I was well into my 'teens before rationing finally ended though!

Wed Feb 27th 2019, at 10:23 am
Dennis Hall commented:
Hi Stephen! I share your recollections of Weybridge Woolworths only that mine differ slightly in that the store hadn’t actually ever been opened before the war started ie the war as it were forestalling the event. I can confirm this by firm recollection that the facia had remained unfinished as left in 1939, so when the store was opened after the war it was for the very first time.
Perhaps you remember the Rogers brothers, one specialising in electrical goods like wirelesses and had the first TV sets that we all used to look at in the window from the outside in a crowd so new and almost awe-inspiring it was! And his brother who was more interested in mechanical items like cars, motorbikes and bicycles. I think they shared the same premises by the Ship Hotel, but that later
the mechanically bent one took up his own shop elsewhere ( forget where ); they didn’t get on well together and I remember they were often arguing from across the floor and passing negative comments, usually it was the elder brother - the mechanically-minded one who seemed to bear a grudge and left me with the impression he might have been slightly jealous - jealous not envious - of the gathering interest and success - up and coming television interest - of his brother’s side. To his credit, the younger brother seemed to take it all in his stride, glad to ignore the adverse comments with the busier demands of his side.
Drop me a line if you read this at denrhall at gmail. btw which schools do you remember?
Add your comment
Report abuse 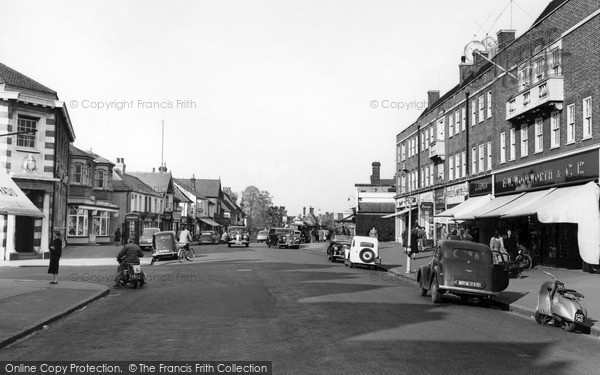