Filling In A Beauty Spot - a Memory of Whitchurch.

Approximately around the 1950s it was decided to fill in the canal from the Wharf to the junction at Wrexham Road via Chemistry Lane. Most of the canal fill material was household and business rubbish but to us young boys playing in the area the attraction was the military equipment that had been discarded by the American bases locally when they decided to return home after the war.
Such items as wireless headsets, acoustic microphones, dummy land mines and bombs made of wood, camouflage nets, loads of glass valves which we took great delight in breaking with home made catapults loaded with iron puncheons from the foundry in Black Park Road and hundreds of other items from hot water bottles to canteen pots and pans. This surely would not have happened today due to Health and Safety regulations and our current recycling endeavours, but in those days these things never existed and it was like an Aladdin's playground to us lads.
I have not lived in Whitchurch for over 50 years and I have heard that the canal is planned to be reopened again, I hope so because although it was as a tip, and a rat-infested playground, for us, it was certainly a mistake to destroy such a wonderful beauty spot. 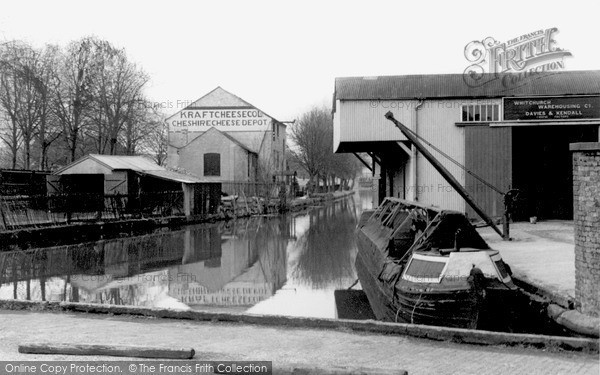