I spent most of my childhood years growing up in Cooper Road, Dollis Hill, London.

Back in the late 1960's I always felt a strange and eerie atmosphere when I would walk into my parents house, once the front door was closed, I felt like I was in a tomb, even though my father always kept the house heated with paraffin heaters, I still always felt cold even in the summer time.

My sister and myself shared the upstairs front bedroom, on two occasions, just when I was about to fall asleep, I would see a short tubby lady dressed in milk maid attire, the first time I saw her she walked through our bed room door out into the passage, the second time she walked over to me and stroked my head, telling me not to worry as everything would be okay. I witnessed many more eerie and spooky going on's but kept them to myself in fear of not being believed. I'm so glad that I never felt scared at the time, but I must admit, even though I no longer live in Cooper road, at the age of fifty, I still sleep with my bedroom light and tv on.

One day, I was in our kitchen when what I perceived to be a ghost hand, unhooked the clothes line that my father had put up, in order for my mother to dry our clothes. When my father asked me why the clothes were on the floor, I replied by telling him that a ghost's hand had dropped them. I thought he was going to scold me, but he just picked up the clothes, and said nothing more to me until that evening before I went to bed. He gave me a passage to read in the Bible, and told me to keep the Bible in my room at all times. I didn't question him, but did as I was told. I saw a few more strange happenings over the years, but just saw it as normal. When I told my younger sister, and asked her if she ever saw any strange things in our house, she said no.

Even though I no longer live in the house, my father still owns it, right up until this day, when I enter the house, I get exactly the same strange vibe that I did as a child.

Growing up, I was always afraid of voicing out my creepy experience in case I was laughed at. I later told my siblings of what I had witnessed but they just dismissed it as weird.

It would interesting to hear from any one else living around this area, of any strange experiences they may of had. 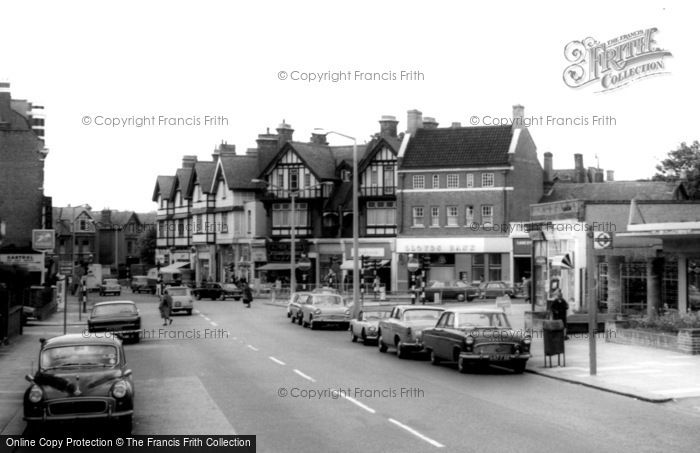