This picture is of the Old Gate House, taken from the West Street side.  The sign over the front door was "Ye Olde Gate House".  It was a very old house and is shown on some of the old maps of Wilton. It had two addresses - The Gate House, West Street, Wilton, and No 1 St John's Square, Ditchampton.
My Grandparents, Arthur and Selina Loveless lived in the house from 1912, and my Mother Audrey Loveless was brought up there with her sisters.  Mum often told me how West Street flooded when she was a child and people had to use small boats to go up the street.

The house had a living room, a parlour and a scullery downstairs, and a toilet outside joined onto the side of the house.  Inside the toilet there was a cavity high up, at the top of the wall, which accessed a "secret room".  My grandfather always told me Dick Turpin the highwayman hid there from the law officers, a long time ago!
After my Grandfather died in 1960 my mum and I took down the sign which I still have, and the house was demolished.

Alongside the house there was a narrow lane leading down to the river, where the undertaker had his workshop.  When he had "customers" Wilton Church bell would be tolled. I think it was - 1 for a man, 2 for a woman, 3 for a child.

On the far side of the Gate House, there is a very tiny church, The Priory, and also some almshouses, which are still there today. 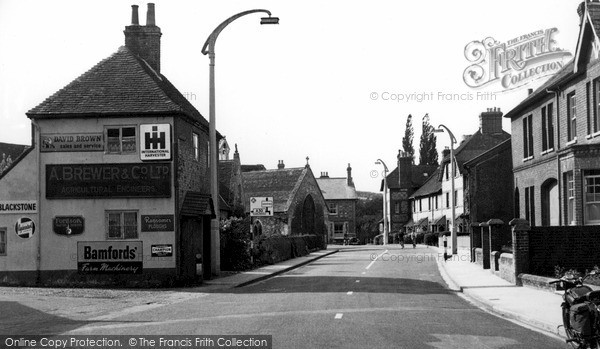