I moved in with my parents (Mr and Mrs Saffin), towards the end of the war. The Canadians were stationed in the huge houses dotted around the village - I was only 10 at the time but I remember the Canadian band playing on the Green on a Sunday morning. When the war ended the village started returning to normal - although I wouldn't say Woldingham was a normal type of village! The cottages around the green were mostly occupied by gardeners, maids, chauffers etc. I went to the village school but the children of the larger houses went to private schools or boarding schools. There were a lot of famous people living in the village at the time ie Sir Adrian Boult, Lord Robens, Sir Charles Letts, Mr and Mrs Burberry, etc. Sir Adrian Boult, as I remember, always came to the village pantomimes. To this day, there still isn't a pub in the village and no street lights. My parents were very popular when they lived there and my mother used to run the whist drives. The other people that helped in the shop were Elsie Campkin (now Mrs Charlett), John Charlett, Mrs Tovell, Mrs Bramley and Miss Doris Barker. The shops in the Crescent were occupied by a Mr and Mrs Griffiths (paper shop), Pridmore and Weir, Berridges the hairdresser, Clarkes another grocers. The house opposite ours was and still is called Upper Court and a Mr and Mrs Hoogewerf lived there. My friend and I were allowed to use the tennis courts provided we kept the lines whitened! She had a small Catholic church built in the grounds as there wasn't one in the village. The big houses are still there today and the only thing that seems to have changed is the cottages are now privately owned. Otherwise the village is much the same as it was then. I married in St Pauls Church on 26th December 1954 and lived in one of the cottages belonging to Mr Charles Fuller on Halliloo Farm .

Fri Dec 20th 2019, at 7:11 pm
shavel commented:
My great grandfather William Pett used to own the shop before the war. He was a grocer and was heavily involved with the Early Closing Bill. He served on the same committee as Mr Hartley, Mr Tate, Mr Lever (Lever Bros) etc. My great grandfather went with Lord Avebury to read the second motion which was passed in the House of Lords. To this day many shops still close early. They had a thriving business and my great Auntie Dodd had many happy years. My father remembers visiting frequently.
We recently took a nostalgic visit back. 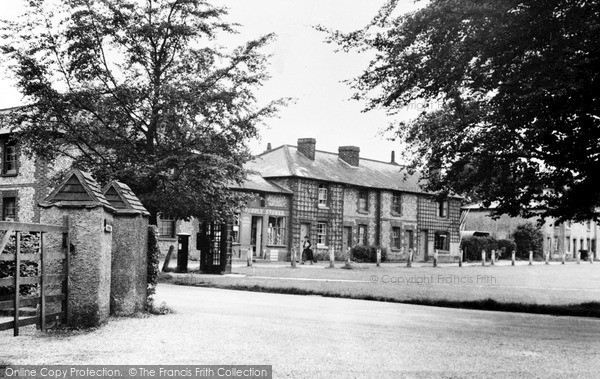