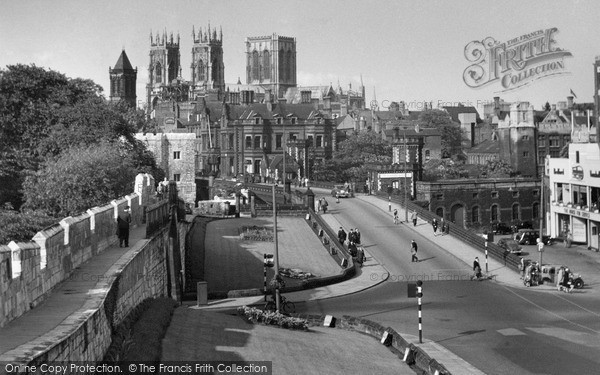 Some time in York I'd spend an hour or so within the Minster itself, and for me it was not fascination that brought me into the place; it was because its past history which was revealed. Take the Jews, many of which had came from Israel as captives of the Roman Empire whose tasks were to plan architecture and also to keep (...Read full memory)

I don't exactly have a memory of Walmgate but I know my GGGGrandfather John Browne was born in the house here. Would love to converse with anyone with any knowledge of this memory. I do know through extensive investigation via internet that John Browne was the Clerk of Works of York Minster when a fire occured. He (...Read full memory)

One memory of my time spent at St Peter's as a border (my house been The Rise )were the God awful brown blazers purchased from Moss Bros (of York). It wasn't that they were uncomfortable that was the problem, it was the rule that they had to be worn constantly. The school week was Monday to Saturday lunch time, after which (...Read full memory)