Pitts Cottage - a Memory of Westerham.

About 1963 - I was a waitress at Pitts Cottage when it became an exclusive restaurant. The owner was a race driver ???? Parker, and the manager was Bernard Audergon from Switzerland. I also worked after school and weekends before that at the Old Way, across the street, which was a boarding house. Would love to know what Pitts Cottage is used for now. It was a magnificent house with some incredible antiques. I am now 65 and live in the U.S.

Sat Jan 26th 2019, at 8:12 pm
goodfrienddave commented:
Hi Just flund this (watching an old Robert Donat film, Pitt the Younger on TV) It was a Pakistani/Indian restaurant for a few years but shut down and a few years ago was for sale but took a while to sell because of Grade 11 lisiting, repairs would be expensive but it sold eventually and in (2016?) was being renovated. Is now a private house I think. At least it's been saved from rack and ruin. Looks lovely, as does the rest of Westerham. Because of Quebec House just up the road here in Westerham and Churchills Home at Chartwell we have a lot of tourists, ironically a lot of germans coming to see Chartwell and a lot of Canadians to see Quebec House.
Add your comment
Report abuse 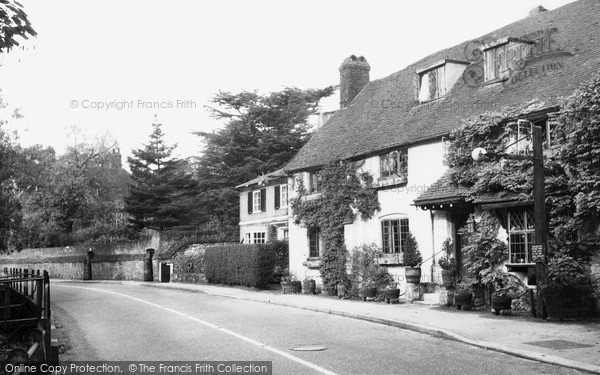