Dean Road - a Memory of Willesden.

Hello Willesden Kids, I was born in Willesden, Dean Rd. in 1947. grew up there until I was about 12 -14. I remember the Davis family across the road, (particularly Janet Davis - I was sweet on her, my first love, ha ha), and my mates named Alan Shaw and Rodger Wright, who lived in Grove Road; we were good friends then. We all played in the street in those days, marbles and knock down ginger, that was fun. We also played in bombed out buildings, very dangerous but we were young and foolish. I went to school at Gladstone Park Primary and then on to John Kelly, Secondary Modern as it was then called. I remember on the corner of Dean Road and Willesden High Rd there was a cafe called Pindy's Parlour; then next to that was a Cobblers and then came Channings,( I think thats how it was spelt ) - a sweet shop and tobacconists, it had everything really. Stole a sheef knife from there, but my mother found out and made me take it back and confess. Good lesson for me. Guy Fawkes was also a good time, we would make a guy, and go collecting 'penny for the Guy' on the bridge at Willesden Green station, made a few bob an all.
No photos at the moment, must look through my old box of pics for another time. 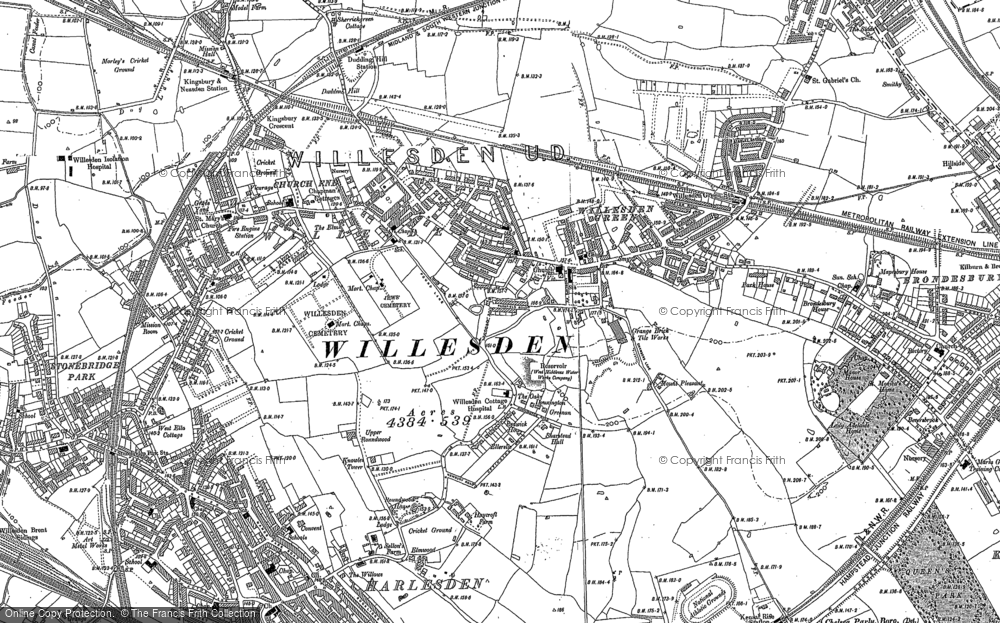