I have fond memories of living in Willesden where I spent the first five years of my life until leaving London during the war years (1939 - 46). I remember in August 1939, dressed in grey shorts, school blazer and tie, being introduced to the headmistress of a kindergarten on Chamberlyne Road, but a week later we left London for Buckinghamshire and another set of schools. (My mother remembered the zeppelin raids during WWI so took the government warnings to evacuate children seriously). We were living at 29 Mount Pleasant Road, and returned to the same house at the end of the war. Three houses across the street had been destroyed by bombing during the air raids and I remember collecting frog spawn from the small ponds on the empty lots. Before the war, an aunt and uncle, Dan and Debbie Colman were our neighbours, and my grandparents Isaac and Celi Freeman and their son Alfie lived across the street. I had another aunt and uncle, Joe and Hetty Freeman, and cousins Bernice and Marylyn, living on Donnington Road. If any of their children or friends read this, I would love to hear from them. My email is milton.freeman@shaw.ca

Thu Nov 24th 2016, at 3:26 pm
Peter Ashby commented:
I lived at 30 Dean Road from about 1947 until 1963. We lived on the first floor, Mr&Mrs Hunt lived downstairs and Mr&Mrs Kinsella lived on the top floor.I can remember playing out in the street,afraid I can't remember their names now, one lived on the corner of Dean Road and Grove Road. I joined the Boys Brigade which met at the church in Huddlesden Road opposite the Police station.On Sundays we would parade in the road and march off behind the band, I later joined the band as a drummer.A few years later I joined the ATC in Neasden. I started work at Pathescope on the North Circular Road, after a couple of years I signed up in the RAF as a Photographer, served 5 years 2 1/2 years in Germany the rest in UK. Moved out of Willesden in 1963 and now settled in Norfolk.
Add your comment
Report abuse 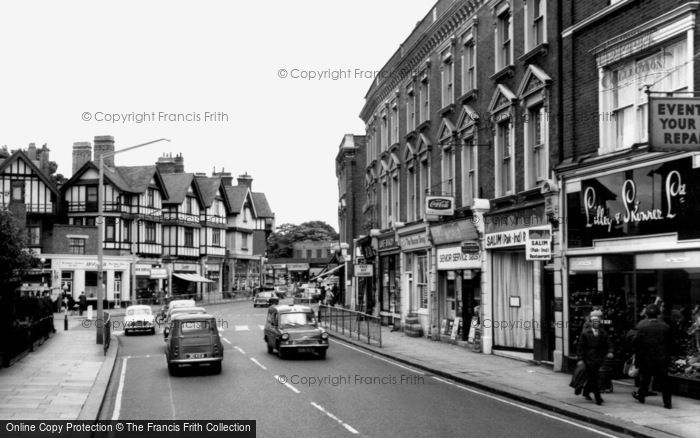