The Royal Oak - a Memory of Yattendon.

'The Oak' is the only pub and hotel in the village and in the fifties our next door neighbour was the cleaner there. She would cycle to the village from the farm on a heavy green bicycle in a slow and ponderous manner that has stayed with me to this day. I must have been about nine when the awful event happened that haunted me for years.  Police came to the village school one day to ask our neighbour's daughter where her mum was going that morning as she was not at work.  The doors in the porch of the pub had been sticking for some months and the cleaner had complained and asked for something to be done, to no avail.  While cleaning that day, the floor had opened up beneath her and she fell into a well that had been unused for decades and not properly capped.  Our friend was not found for several days.  She had died more or less instantly, crushed by falling cookers, fridges, masonry etc. Her family and the whole village went into shock.  It fell to my father and some of the other farm workers to spend much of the next six months locating and filling in every well on the land around the village. The village is high and the wells deep, reaching down to the seam of sand that forms an underground riverbed.  The seam is thought to run all the way under London, presumably roughly following the route of the Thames.  Deep water has always terrified me. 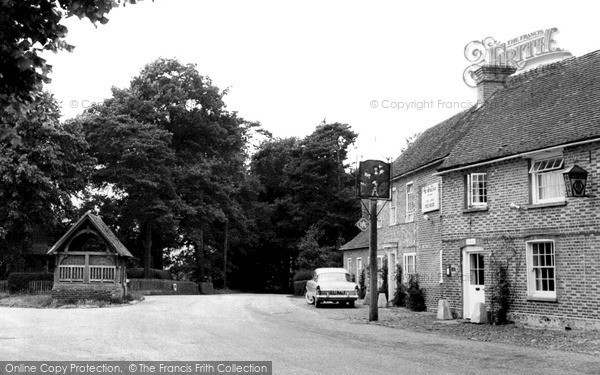