Many young children in Britain’s towns and cities in the past worked for long hours in factories and workshops, and ran riot in what little free time they had, with little or no education available to the poor. In 1780 a Gloucester man, Robert Raikes (1736-1811), embarked on a philanthropic mission, and his extraordinary legacy has shaped the lives of millions of children world-wide ever since. He is widely regarded as the founder of the Sunday School movement, and through his schools Raikes offered free education to any child. Soon news of these Sunday schools in Gloucester spread far and wide, and Sunday schools eventually evolved into a national movement where children were taught reading, writing, arithmetic and a knowledge of the Bible – by 1831 Sunday Schools were teaching 1,250,000 youngsters every week. Sunday Schools were where most children received a rudimentary education until the passing of Forster’s Education Act in 1870.

We hope you enjoy these photographs from The Francis Frith Collection of some of these early Sunday schools. Scroll down to the bottom to read some living memories of attending Sunday school from visitors to the website. 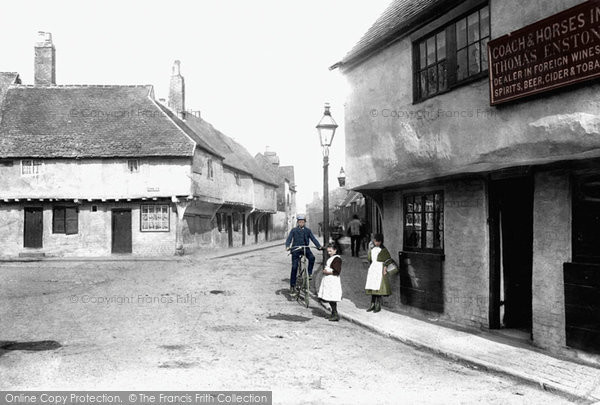 Robert Raikes was born in 1736 in Gloucester, where his father was the publisher and printer of the Gloucester Journal newspaper, and Robert himself became editor of the newspaper following his father’s death. Raikes happened to be in St Catherine Street one day when he saw poor ragged children playing in the street. This was one of the most impoverished areas of Gloucester, and he was disturbed at what he saw, especially when he learnt that it was worse on a Sunday. Then, he was told, many more children played here, cursing and swearing, letting off steam from working in the city’s local pin factories six days a week. Robert Raikes and the Reverend Thomas Stock, of St John the Baptist church, concerned about the behaviour of the children, decided to open four Sunday schools around the city. Children aged from five to fourteen were admitted, no matter what the state of their clothes – hence the nickname for the schools, ‘Raikes’s Ragged Schools’. The first school, for girls, was in the house on the left of the Frith photo, at the junction of St Catherine Street and Park Street. The building has since been demolished, and the modern building of St Catherine’s Knapp now stands on the site. 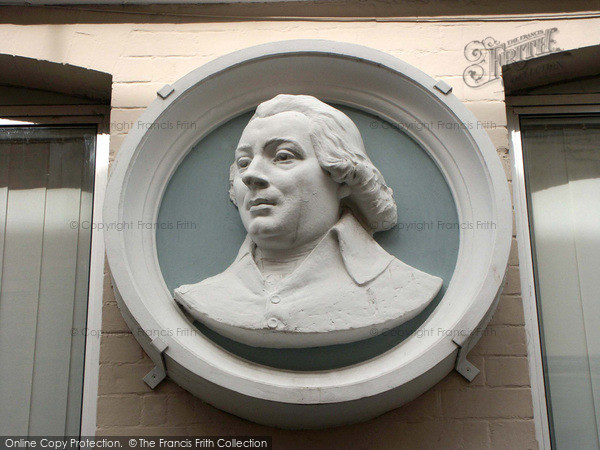 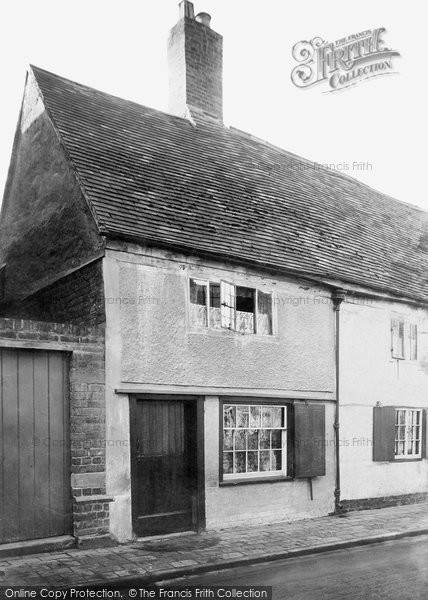 This was another of Robert Raikes’s original Sunday Schools in Gloucester, which was his first school established for boys. The children were rough and rowdy. Fights in class were frequent, and Raikes told of ‘turrible chaps’ and ‘wild animals’. However, he encouraged parental responsibility and involvement, and children had to attend with clean hands, combed hair and clean faces. Raikes’s original schedule for the schools was this: ‘The children were to come after ten in the morning, and stay till twelve; they were then to go home and return at one; and after reading a lesson, they were to be conducted to Church. After Church, they were to be employed in printing the catechism till after five, and then dismissed, with an injunction to go home without noise.’ In the early years, Raikes bore the cost of the schools himself, but as their fame spread, donations flooded in to help run them. 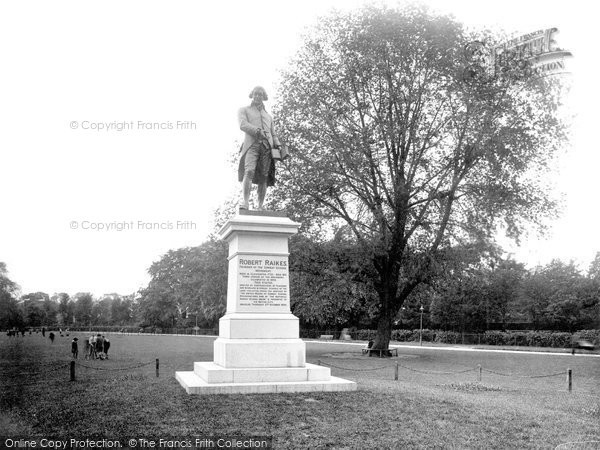 Robert Raikes died in 1811, and at his funeral children from his Sunday Schools in Gloucester followed the cortège, and in accordance with Raikes’s wishes, each child received one shilling and a piece of plum cake. Robert Raikes is commemorated in a number of ways in Gloucester, including a statue in Gloucester Park. 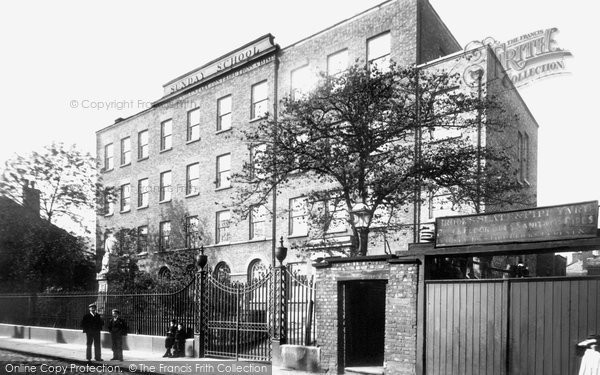 The idea of Sunday Schools soon spread around Britain and one in Macclesfield was established in this fine building. In 1796 John Whitaker started a non-denominational school run by volunteers in temporary premises in Pickford Street in Macclesfield. Within four weeks, they were overwhelmed by the number of children attending, and numbers continued to rise. By 1812, with more than 2,000 children attending Sunday schools in the town each week, Whitaker needed one large building to house them all. A fine model of the proposed building was made, which still exists, which was probably trundled round the town on a barrow to raise funds. Thanks to donations, the Big Sunday School, as it was known, opened in April 1814, seen in this view. In the first year there were 2,452 children enrolled, and 200 teachers. The first Superintendent of the new Sunday School was John Whitaker, who started the first Sunday school ‘to lessen the sum of human wretchedness’. Whitaker died at the age of 48, and there is a monument to him outside the Sunday School building, which is now Macclesfield Heritage Centre. 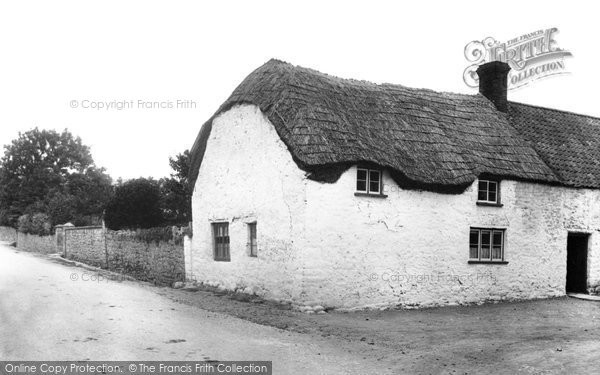 A more humble building housed the Sunday School at Cheddar in Somerset, seen in this view, which was founded by the social reformer Hannah More (1745-1833), a close friend of William Wilberforce and fellow collaborator in the movement to abolish the slave trade. In 1789 she and her sister Martha visited Cheddar with Wilberforce who was shocked by the terrible poverty and ignorance they found there, and suggested that they should do something. Hannah and her sisters set up a number of Sunday Schools in the area where poor children could be taught to read, countering local opposition to their plans by arguing that the schools would teach children not to rob orchards! By the end of the year the Mores had 500 children in training in this school at Cheddar and the neighbouring parishes. 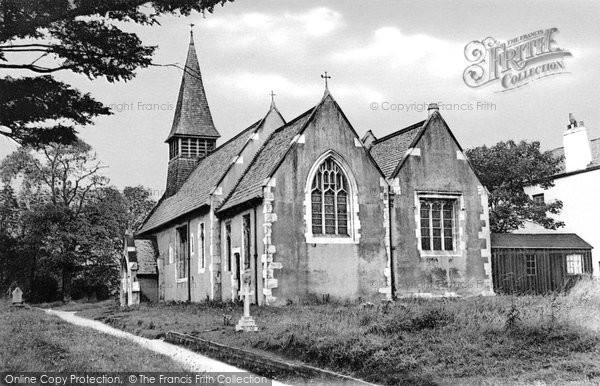 As children we went to Sunday School from an early age. As 'littlies' - not being old enough (under 5's) to concentrate on any serious bible teaching, we attended kindergarten in the Gertrude Bell Hall with Mrs Bailey - the Vicar's wife. She loved us all and hugged us - although I do remember her corsets creaked as she hugged us. There is something to be said for modernisation - at least our bones were allowed to form at a normal rate instead of being forced into corsets. Must laugh though. It's surprising that our mothers managed to have children normally isn't it given the unnatural constrictions of the corsets!"

I sang in the church choir. My sister Maureen and I regularly attended Sunday School in our big bonnets and net gloves and best silk dresses made by my grandma. I loved collecting the Sunday School stamps and sticking them in the book. The bank of the church used to be covered in primroses in the spring and ox-eye daises in summer." 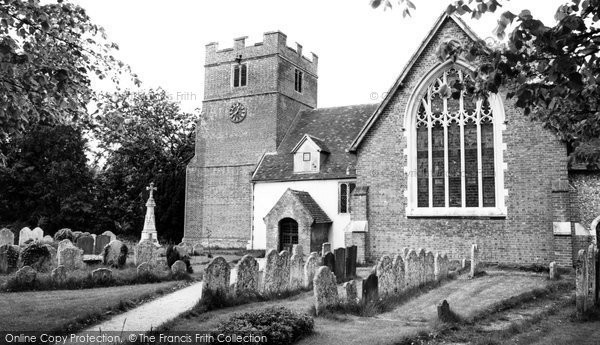 We came back to Bramley in 1958, and I went to school there, until 1964. Every Sunday we used to go to Sunday School. Miss Tubb was the Sunday school mistress, and Tommy Tunstall was the vicar. It was fantastic, a lovely village to grow up in. So safe to cycle round. My name was Attwood in those days, and sometimes my Dad helped out by taking the services in church." 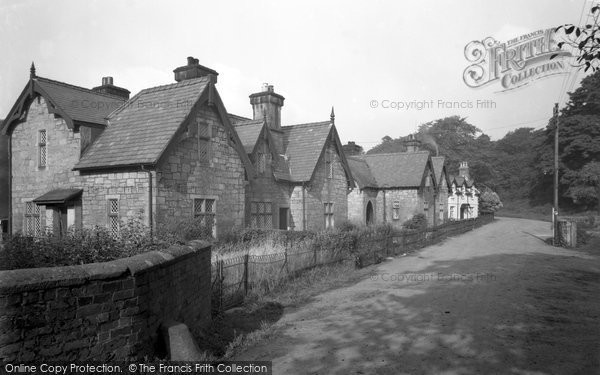 Mrs Ingman, my Sunday school teacher, lived in the first house at Mill Terrace. The houses were so small inside, maybe two rooms downstairs and two upstairs but they had so much character. Mrs Ingman seemed so old when I was a child but she was probably only about middle sixties. I considered myself to be a favourite of hers but looking back, she was kind to everyone. I remember a huge, round dining room table in her sitting room ....I think she was very proud of it because I've never seen such a shine on a table. Mr Fitzhugh owned the church in the village and we attended services 3 times on a Sunday and choir practice on a Wednesday. Mr Fitzhugh never failed to turn up even when he was ill. I remember him often sneezing into a huge handkerchief in Sunday school. My father, Fritz Franke of the Bridge House, had a lot of time for him and respected him greatly.
We had wonderful Sunday school parties at Mr Fitzhughs` house and every child was given a book. Those books meant a great deal to me and I`ve still got them 40 years later.
A Sunday was a family day ....we went to church, watched old films on the telly and ate a huge roast if we were lucky."