Kingsbridge School And Friends - a Memory of Kingsbridge.

My name is David Thomas. I was born in 1938, in Plymouth, but my parents lived in Warren Road in Kingsbridge. Next door lived Billy Maddick, and I would go there to listen to 'Dick Barton, Special Agent' because I was not allowed to listen at home! My other friends from those days who lived nearby were David Mathews and Keith Warren.
For a period, during the war, we were evacuated to Wooton Bassett, and the house was commandeered by the Army. We returned to find much damage caused by the temporary occupants.
I went to Kingsbridge Grammar School, and remember that the outstanding athlete in the senior school was Tom (?) Pinney. One day I saw a boy having an epileptic fit, which at such an age (probably 9) gave me nightmares for weeks.
My parents paid for me to have private violin lessons, for which I had to travel by bus to Dartmouth. I took part in the Paignton Music Festival one year, but was never destined to become a musician. Drawing was my talent, and led eventually to a career as an architect, and later as a watercolourist.
My father worked as an engineer at the Home Service radio transmitter at Start Point. When he was promoted we had to move, so when I was eleven we left Devon for good, to a new school in Withernsea, East Yorkshire, for me and a new transmitter, the Overseas Broadcasting transmitter at Ottringham, for Dad.

A memory shared by paintpal on Jul 31st, 2014. Send paintpal a message 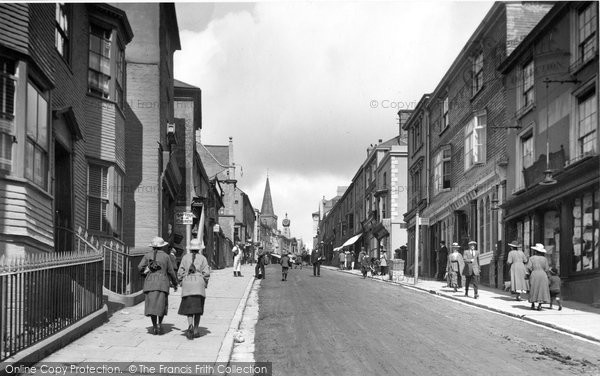