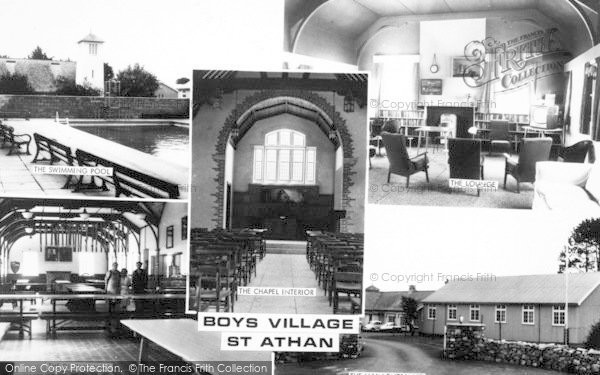 This building was known to us as Hammett's Farm, properly West Orchard Farm, in the Higher End area of St Athan. Arthur Hammett and his wife ran the farm and I occasionally helped to deliver milk from the farm around the village from a horse and cart. Arthur, who lived to the great age of 92, and continued farming to the (...Read full memory)

My Grandfather, Clifford Taylor, was a Civil Servant at RAF St. Athan during the Second World War. He could not join the Forces at all because he had club feet and was rejected at his Call Up Board. He used to be involved with giving out the uniforms, as well as other duties, which obviously changed when Peace broke out in (...Read full memory)

My grandma is recorded on the 1911 census as living at beggars pound with her mother and father and 7 siblings. They were farm labourers. Can anyone shed any light on the life she may have led whilst living here. Her name was Ethel maud jones.

I lived with my family in St Athan village from the time of my first birthday in 1946 to my marriage in 1970. Mt wife and I were married at the church shown in the photograph. The church is dedicated to an Irish saint by the name of Tathan. The village was once known as Llandathan, then Saint Tathen and finally St (...Read full memory)

Share it:
Back to St Athan
Back to all St Athan Photos