I worked at Wimbledon Town Hall 1966-1970 in the Computer Room. My sis & my friend Kathy worked there also. We worked at the top of the building. Mr Powell was the boss, & Elsie was Supervisor. My friends & I would sometimes have lunch at the Indian Restaurant opposite, or have a picnic in a nearby park.
Diane Williams

Wed Oct 19th 2016, at 11:01 pm
Alan Grove commented:
I have fond memories of Wimbledon Town Hall in the early sixties when we used to go dancing there to The Bob Barter Big Band.It had a beautiful sprung floor.That was where I met the girl who I later married.I think it was gazing into her eyes while dancing to "Moonlight Serenade" that did the damage.
I used to live in Florence Road and attended Queens Road School. Now I live in Sydney Australia and still keep in contact.
with my old schoolmate Chas Joyce from Effra Road who now lives in Auckland NZ.I was regular at the YMCA in my younger days where we played table-tennis, trained in the gym and practiced judo.They used to have dances there which was about the only time you saw many females there. Being young and a bit silly at times I swapped the signs over between the ladies and gents toilet doors as they were only hooked on, then sad back in a lounge chair amused by the expressions on peoples faces as they came away with an embarassed look.
At the bottom of Florence Road was the York Road Laundry, and every day a horse-drawn trailer carrying cinders and ash from the boilers came up the road which was taken to Wimbledon Common where it was spread on the paths.During the winter I used to ice-skate on the Rushmere Pond, and on one occasion the ice gave way and I had to walk home frozen and wet up almost to my waist because the conductor would not allow me on the bus.
Add your comment
Report abuse 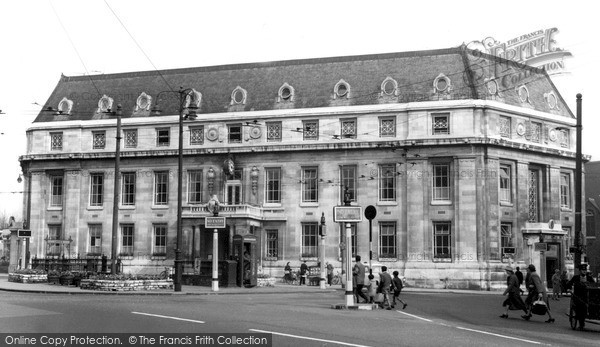