The Art Deco movement began in France in the 1920s and became a major international influence in the design of architecture, fashion, jewellery, furniture and cars. It symbolised glamour, luxury and modernity using sharp lines, smooth surfaces, decorative patterns and geometrical shapes.

One of the most famous Art Deco buildings is the Empire State Building in New York, designed by Shreeve, Lamb and Harmon and completed in 1931. During the 1930s many British architects embraced the style and the decade saw some spectacular buildings erected across the country. Many of these structures were adorned with lavish interiors featuring Deco style artwork and new materials such as chrome plating, stainless steel and plastic were incorporated into their design and construction.

The Great Depression of the 1930s saw American architects refine Art Deco architecture by the use of streamlining the design, removing the ornamental aspects and replacing them with a more aerodynamic approach. This new style became known as Streamline Moderne (in France known as Style paquebot or Ocean Liner style) and is often associated with buildings related to transportation and movement including airport terminals, bus and train stations, port buildings and roadside cafes. Many of these buildings had predominantly white exteriors, rounded corners, long horizontal lines, porthole windows and curved glass that latterly became associated to post-war Modernist buildings.

Some of the best Art Deco buildings in Britain have sadly been demolished but today many of those that do survive have been listed and lovingly restored to their former glory. Using photographs from The Francis Frith Collection, we can show some of the best examples of Art Deco structures in the UK. 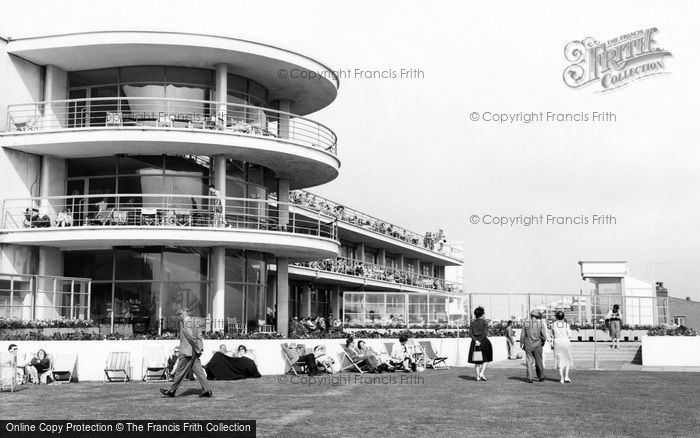 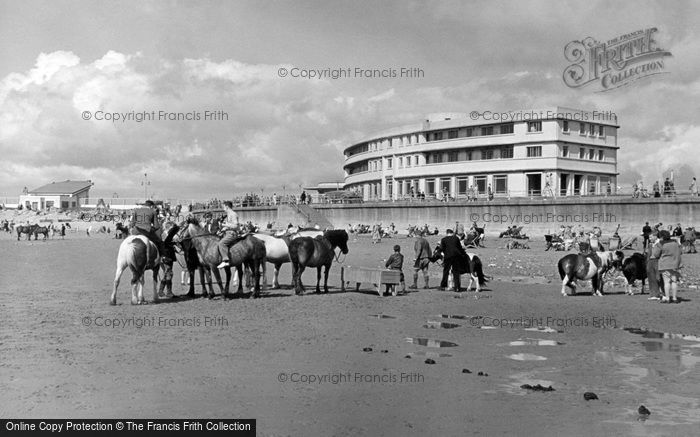 The Midland Hotel. Built in 1933. Designed by architect Oliver Hill with sculpture by Eric Gill. This Art Deco masterpiece is still standing and offers stunning views of Morecambe Bay. 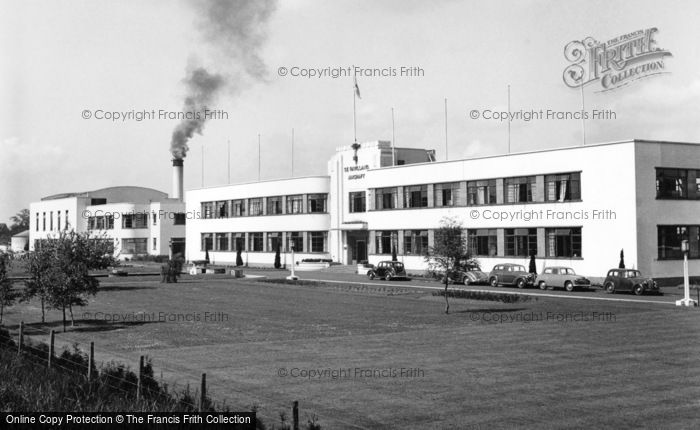 The De Havillands Factory. Built in 1934. Where the Mosquito fighter-bomber was built. Now Hatfield Police Station. 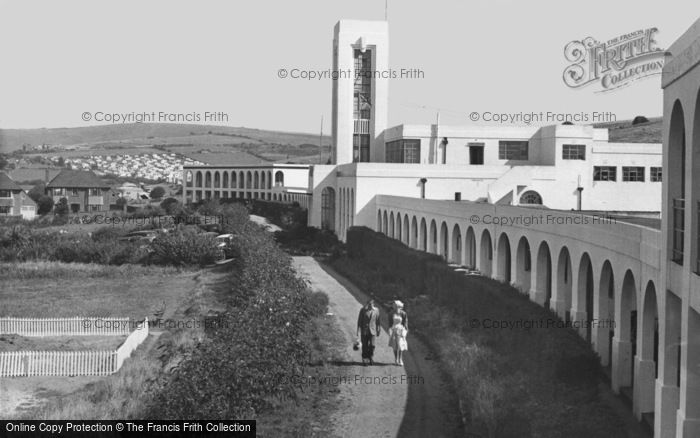 The Riviera Hotel. Built in 1936-37. Designed by architect L.Stewart Smith. Refurbished in in the early 2010’s and still in use as a hotel. 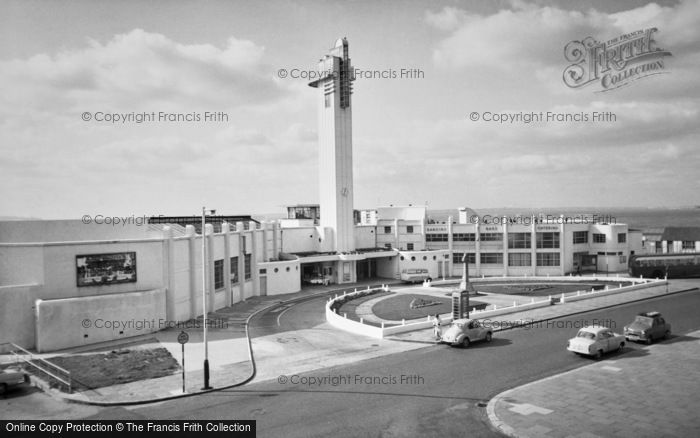 The Lee Tower. Built in 1935. Designed by architects Yates, Cook and Derbyshire. The complex included a cinema, ballroom and restaurant with the tower standing at 120ft (37m). Demolished in 1971. 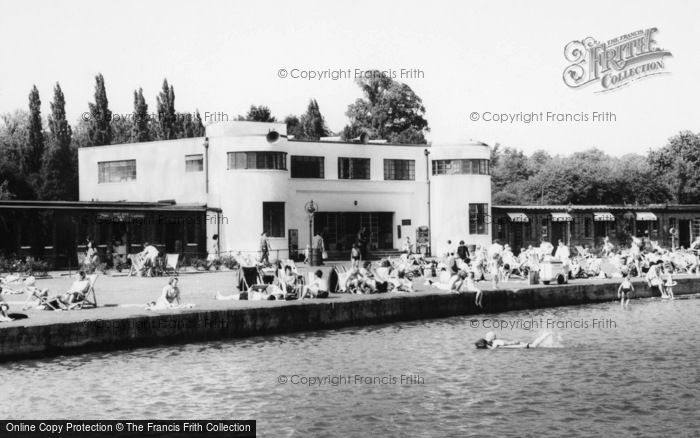 Ruislip Lido. Built in 1933. Designed by architect George W. Smith. Demolished in 1994 after falling into disrepair. 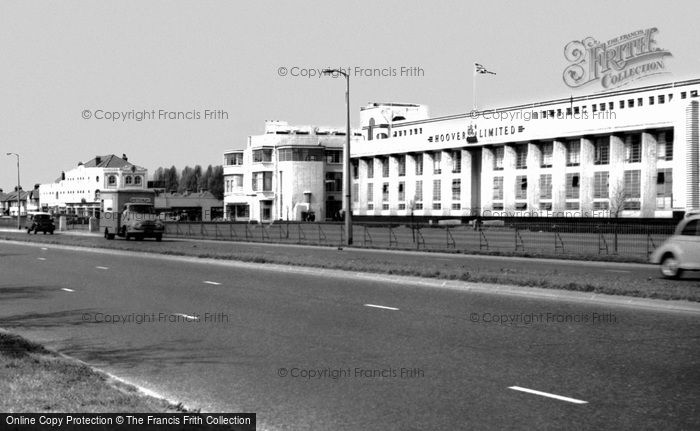 The Hoover Factory. Built in 1932-33. Designed by Wallis, Gilbert and Partners. One of the most famous Art Deco buildings in the UK. After Hoover closed the factory, supermarket chain Tesco bought it in 1989, it has since been turned in flats. 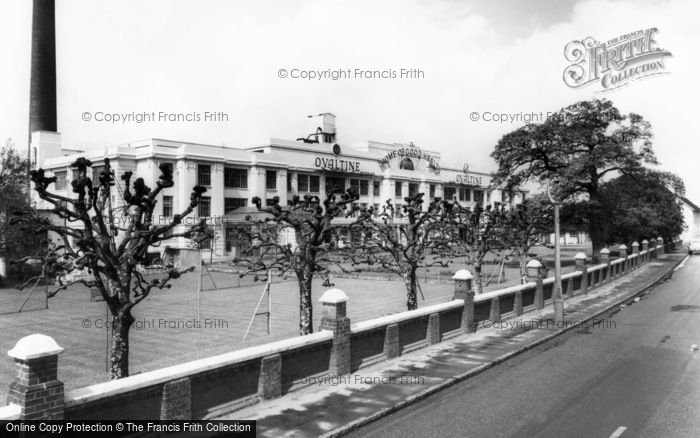 The Ovaltine Factory. Built in 1929. Designed by Sir Harry Hague. Built to produce Ovaltine malt drink, the factory closed in 2002 and was turned in the flats. 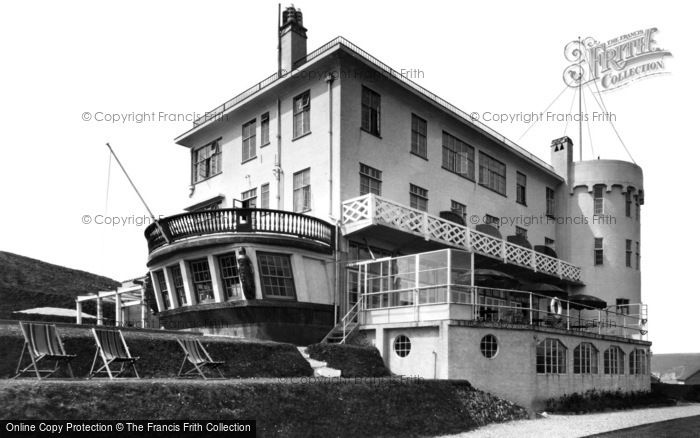 Burgh Island Hotel. Built in 1929. Designed by architect Matthew Dawson. One of Agatha Christie’s most famous haunts who used it as inspiration for her books And Then There Were None and Evil Under The Sun. Still a luxury hotel and accessible via a sea-tractor! 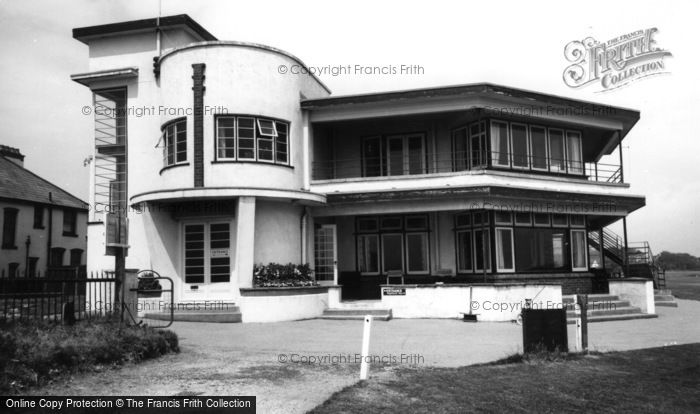 Barton on Sea Golf Club. Built in 1932*. The golf course was redesigned and redeveloped in 1986 and it is believed the club house was demolished at this time.
*Unconfirmed. 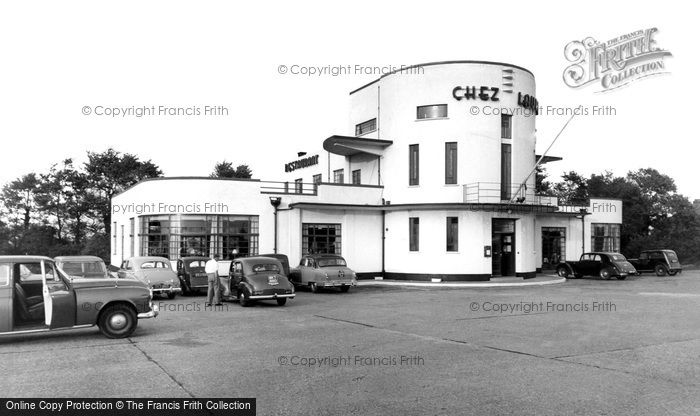 Chez Laurie. Built in 1935. Designed by architect Wilfred Michael Bishop. Originally opened as a roadside restaurant before becoming a nightclub and popular music venue in the 1960s. Later known as The Blitz nightclub. Demolished in the early 2010s. 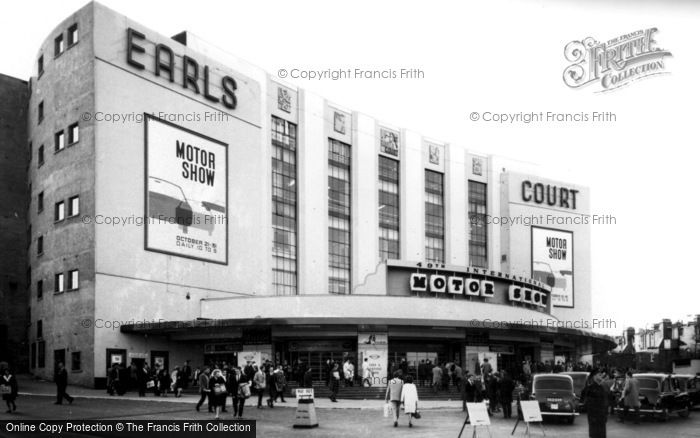 Earls Court Exhibition Centre. Built in 1935-37. Designed by architect C. Howard Crane. A major international exhibition and events venue in west London that for many years was the home to the British International Motor Show, the London Boat Show, the Royal Tournament, the Ideal Home Exhibition and numerous large-scale pop concerts. Demolished in 2014.