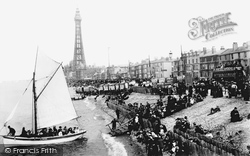 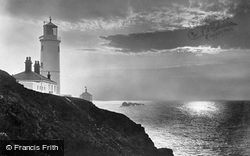 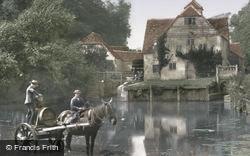 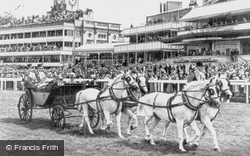 Lighthouses around the coast of Britain have long held a fascination for us, and these iconic structures, standing lonely sentinel on craggy headland or razor-sharp rocks, have captured the imaginations of many writers and poets.

Virginia Woolf, a frequent visitor to Cornwall, used the Godrevy Lighthouse near St Ives as the inspiration for her novel ‘To the Lighthouse’, where a small boy is intrigued by the structure and longs to visit it. In fact there was nothing less romantic than the reality of living as a lighthouse keeper, when we consider the harsh way of life, the loneliness and isolation that a keeper had to endure. If these special people were asked what they did for a job, all they would say was ‘We kept the light lit’.

To see many more photographs of lighthouses within The Francis Frith Collection, browse our 'Lighthouse' theme, and enjoy! 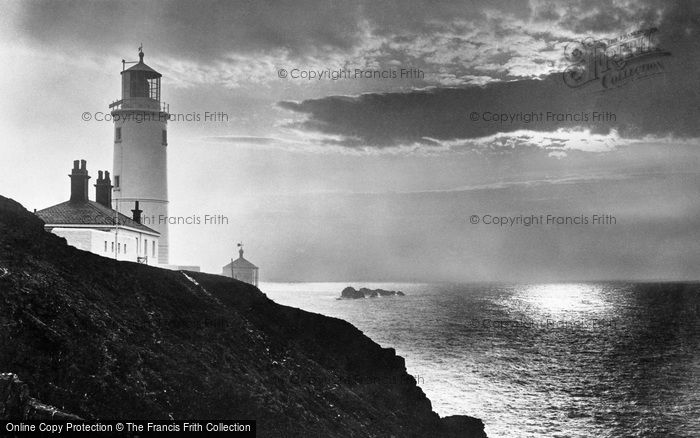 The north coast of Cornwall is extremely hazardous for shipping; after numerous wrecks and petitions to Trinity House, a new lighthouse was built on the Head in 1847 with a range of over 20 miles. The enormous fog-horn trumpet was here from 1913 to 1964, and measured 36 feet long and 18 feet high. A more powerful foghorn replaced it, but its noise caused some people in Padstow to complain! 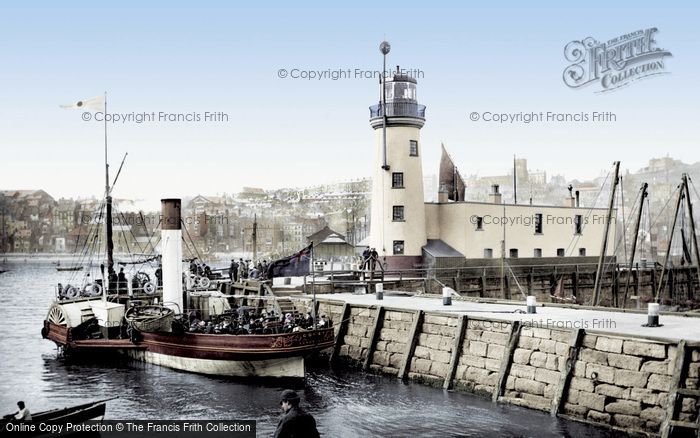 The lighthouse shown in this photograph of Scarborough was built on Vincent’s Pier in 1810, but it was destroyed during the First World War, on 16th December 1914, when the town was shelled by two German battlecruisers. A replacement was erected in 1931. We see the paddle steamer 'Comet' loads up with passengers for an excursion trip round the headland. These small steamers were a feature of both the Scarborough and Bridlington holiday trade; they survived until they were replaced by screw vessels in the 1930s. 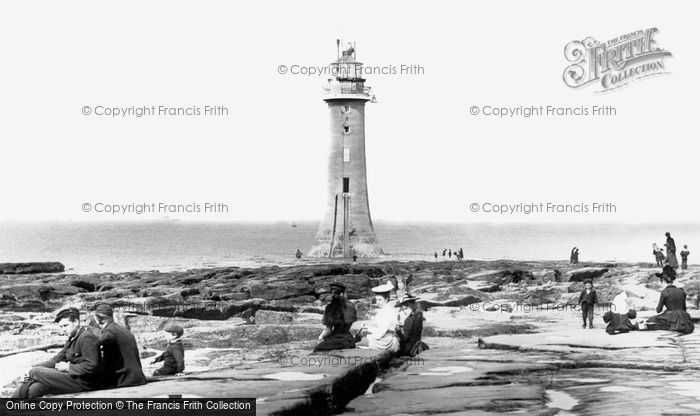 The foundation stone of the New Brighton lighthouse was laid on 8th June 1827. It was known as Perch Rock Lighthouse because the reef of rock on which it stands once had a post or ‘perch’ placed on it to warn shipping of its location. The Perch Light, which had stood here since 1683, was often washed away by heavy seas, so in the 1820s Liverpool Corporation ordered a more substantial lighthouse to be erected. It was built from granite 90ft high, a masterpiece of engineering skill. Its revolving light was claimed to be the first of its kind in England. These two photos show the Perch Light at low and high tide ‒ in 36680 the dangerous reef is virtually submerged. The light was powered by sperm whale oil. It shone for the last time in 1973, when it was sold to a local businessman who installed mains electricity and converted the building into a holiday retreat. 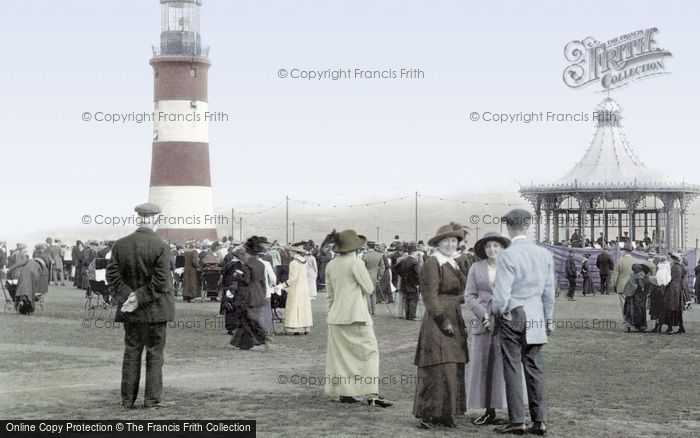 One of Britain’s most famous lighthouses warns shipping away from the treacherous Eddystone Reef, approximately 14 nautical miles off the south coast, near Plymouth, Devon. This reef has claimed the lives of thousands of people and numerous ships. Its deadly location has caused the building of a succession of lighthouses.
The third Eddystone Lighthouse, which went into action in 1759, was built in masonry by John Smeaton (the previous two had been wooden); its light shone for 120 years. Smeaton dovetailed blocks of Portland stone to produce a structure which could withstand the worst storms, which revolutionized lighthouse design. Work began in 1756, when a group of Cornish quarrymen and tin miners began the difficult and dangerous task of carving the Eddystone rock into its dovetail formation; at times the sea washed the men off the rock, but they were all anchored to the rock by a rope, and although they were bruised and battered, no one was lost. However, a more serious problem arose when the lighthouse workers went to a tavern in Plymouth and were all arrested by a press gang. John Smeaton sent an urgent message to Trinity House, a formal complaint was made to the Admiralty Board, and permission was granted for the workers to be given exemption medals. The men pressed into naval service were then released, and exemption medals cast in brass were worn by the workers until the end of the contract. Smeaton’s lighthouse was replaced by the present Eddystone lighthouse in 1882 because its foundations were being eroded. As a tribute to John Smeaton his lighthouse was dismantled and the top section was brought back to Plymouth and reassembled on the Hoe, where it still stands ‒ now known as Smeaton’s Tower. 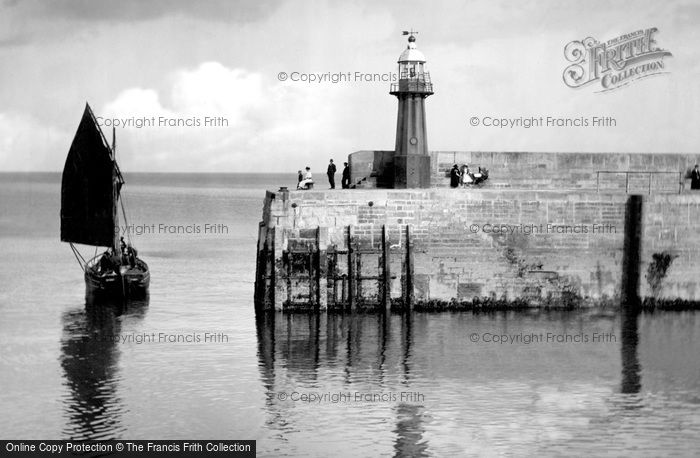 A small fishing boat sails out to the fishing grounds in St Austell Bay past the lighthouse on the end of the South Breakwater. The days of sail were numbered, and soon most fishing boats had engines installed. 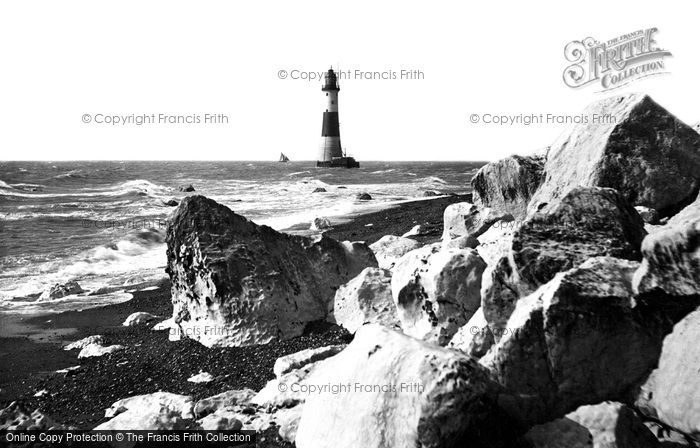 At the eastern extremity of the South Downs, the Royal Sovereign Lighthouse at the foot of Beachy Head warned shipping of the hazards of the chalk cliffs, which now lie under the sea. Built in 1901, it replaced the former Bell Tout Light on the top of the cliffs, and was itself replaced by the Sovereign Lightship anchored off-shore. 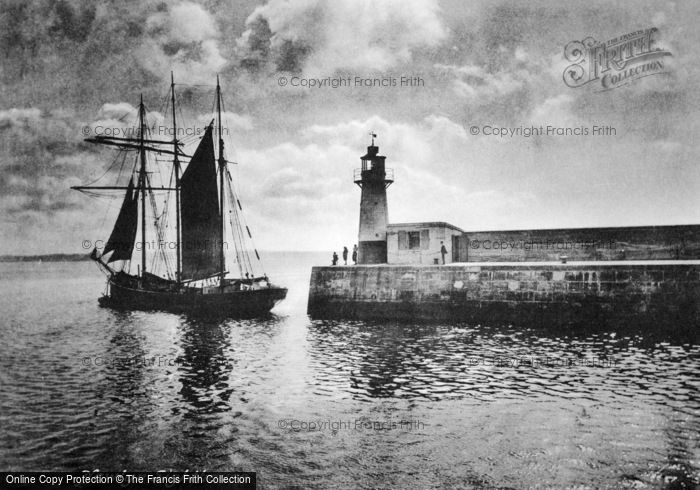 A beautiful, atmospheric photograph of the lighthouse at the entrance to Newlyn harbour in Cornwall. 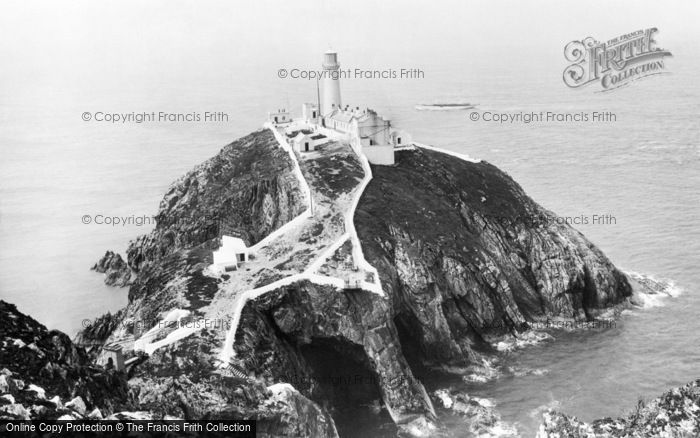 Holyhead is best known as the ferry port for Ireland, and stands on Holy Island, linked by a causeway to the Isle of Anglesey. It is the point of destination of Telford's most famous road, now the A5, built to speed communication between London and Dublin. Holyhead has a long tradition of seafaring: the remains of a possible Roman naval base lie next to St Cybi's church. The rocky islet is joined to Holy Island by a footbridge at the bottom of a zigzag path. The lighthouse was built in 1809. 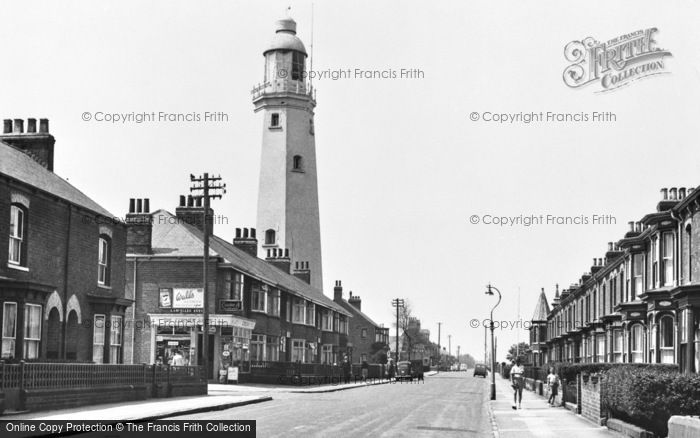 The village of Withernsea developed into a holiday resort after the opening of the railway line from nearby Hull. Towering above the skyline is the lighthouse, which is now a museum partly dedicated to Withernsea's most famous daughter, the actress Kay Kendall. 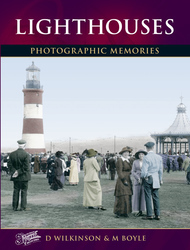 This fascinating and evocative book lavishly illustrated with historical photographs from The Francis Frith Collection not only describes Britain's lighthouses but also offers insights into the working practices and daily lives of the lighthouse keepers - fiercely independent men, who contended not only with storms and foul weather but with constant loneliness caused by separation from their families. The authors recount thrilling tales of shipwrecks and rescues, and the exploits of pirates, smugglers and wreckers. These fascinating photographs are a testament to the continuous efforts of courageous men down the years to 'keep the light lit', and so preserve the lives of mariners around Britain's shores.