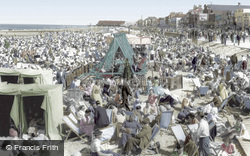 Dip into this seasonal selection of nostalgic photographs from The Francis Frith Collection of people in the past having fun in the sun, as we celebrate the onset of summer. (read)

Dip into this seasonal selection of nostalgic photographs from The Francis Frith Collection of people in the past having fun in the sun, as we celebrate the onset of summer. Here are a mixture of black and white and colour photographs of Victorian and 20th-century beach scenes, donkey rides, over-dressed children enjoying their holiday whilst the grown-ups parade in their best clothes, children with buckets and spades on the sands, ladies keeping cool with parasols - and, of course, people messing about in boats. 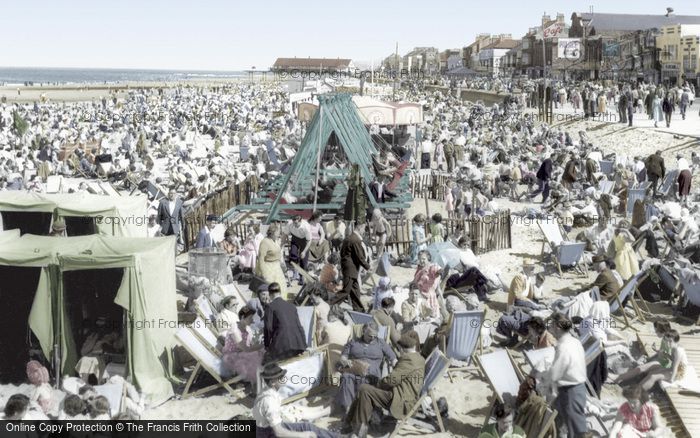 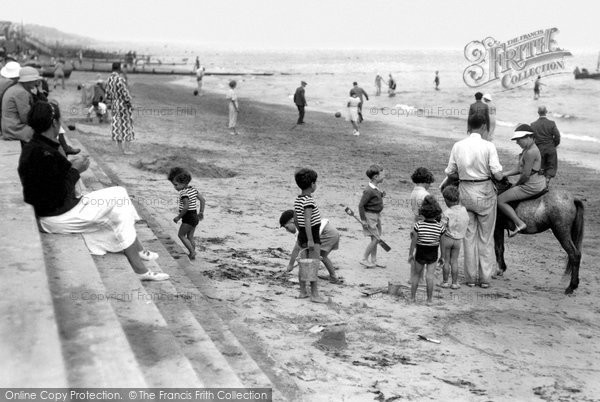 Although Great Clacton was long established as a medieval market village, the seaside town did not really develop until late in the 19th century. By the 1940s Clacton had become a thriving town attracting many holiday visitors. 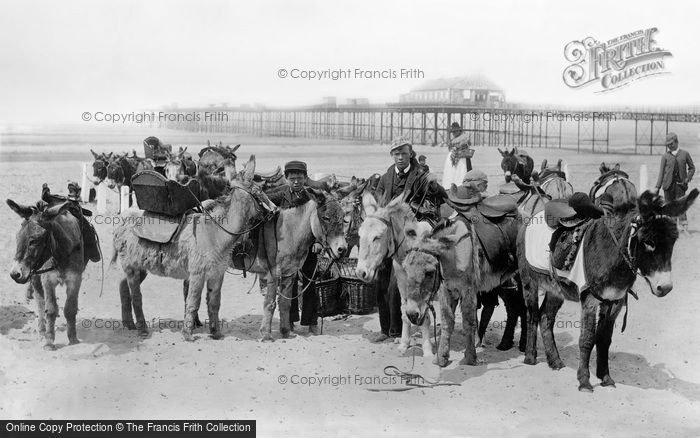 Rhyl is famous for its great windy expanse of beach facing Liverpool Bay. Here, donkey boys and their mounts are awaiting the arrival of the day’s holidaymakers on the beach, watched by a fisherwoman in a tall hat. She would wander the sands hawking freshly-caught cockles and other shellfish to the visitors. The Victoria Pier behind them cost £23,000 to build in 1867; in 1891 a grand pavilion was built at the entrance, capable of seating 2,500 people, and one of the largest organs in Britain was installed behind the stage. 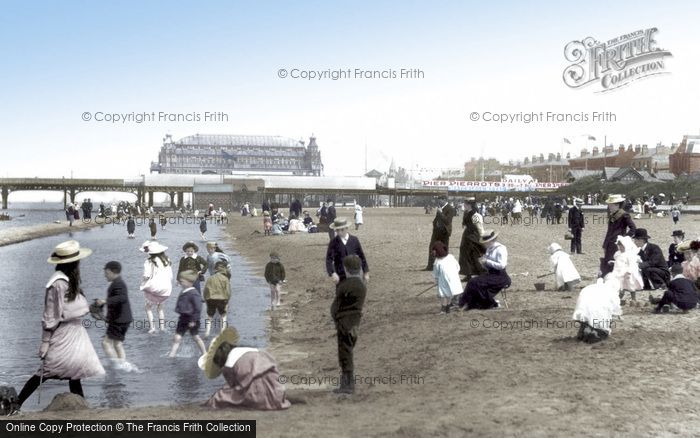 Buckets and spades, a splash and a paddle are the order of the day in this picture. The fashions of the day are interesting; both boys and girls wear blouses similar to those worn by sailors of the Royal Navy. It is also possible that the toddlers on the right are boys, as at this date it was still the custom in some families to put young children of either sex into dresses. 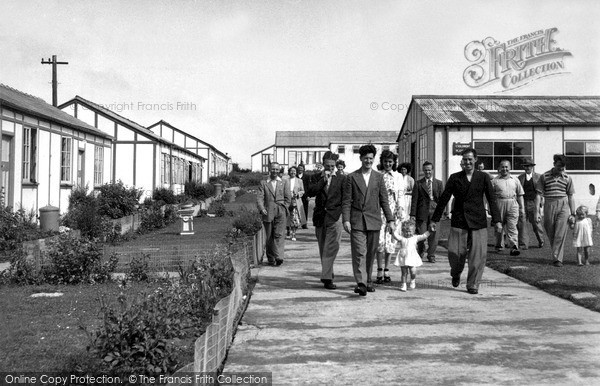 Holiday chalets were an important part of the holiday scene when this view of a camp on the north bay was taken. Small buildings with Spartan facilities provided an inexpensive holiday for many people for whom even staying in a boarding house or hotel was beyond their financial reach. 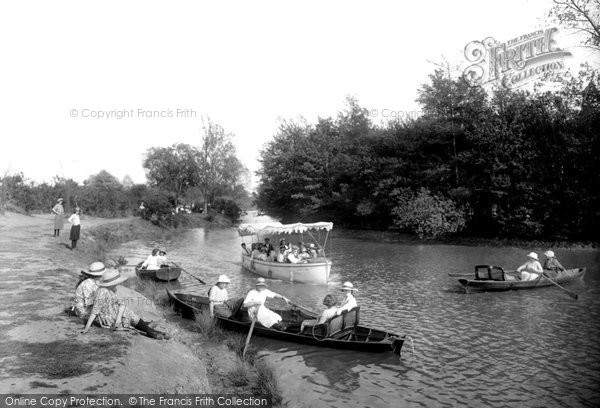 A wonderful evocative scene of people enjoying themselves on the pond; note in particular the boat with a canopy. New Pond was dug in the 14th century (Upper Pond is an old brick pit) and was once a popular bathing place. It is now stocked with fish and bathing is prohibited. 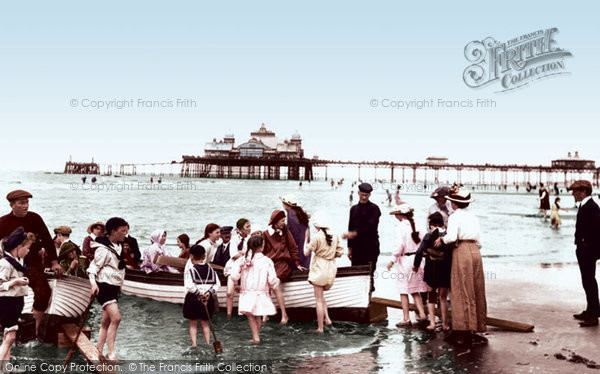 Against a backdrop provided by the pier pavilion and landing stage, St Anne’s boatmen are doing a brisk trade taking holiday-makers out for a trip around the bay. It is the long, hot summer of 1914 and, for young gentlemen, sailor’s suits complete with silks and lanyards are the order of the day. 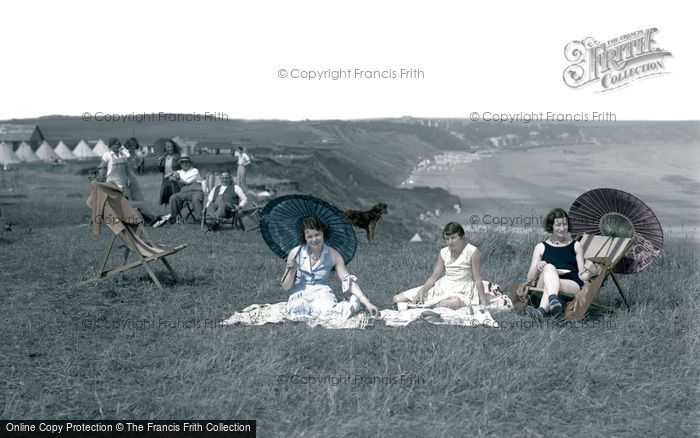 Don’t the girls in this view look just the thing with their skirts spread out around them on the grass, and their parasols to keep cool! 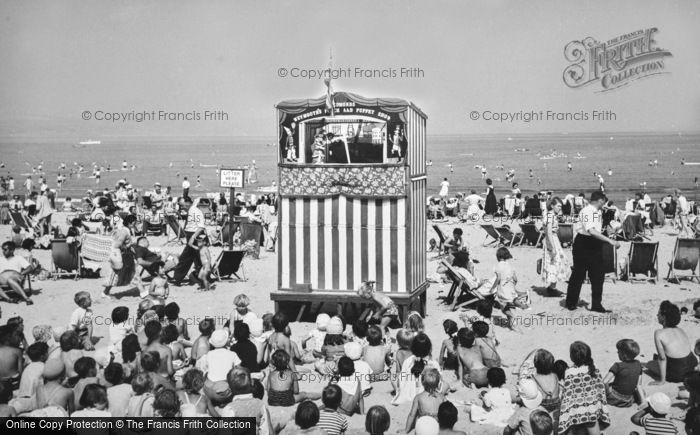 Some scenes at the seaside never seem to change. From early Victorian times, Punch and Judy shows moved away from the fairgrounds and streets and on to the beach in pursuit of lucrative new audiences. This photograph shows a full-size Punch and Judy booth, much wider than many of the booths used these days.

Photo: Weymouth, Punch And Judy Show On The Beach c.1955.

This post has the following tags: Places,Nostalgia,Memories,Archives.
You may find more posts of interest within those tags.