Did you know that the first pram, then called a "perambulator,” was built in 1733 by a famed architect William Kent as a way to entertain the children of the Duke of Devonshire?

We loved looking through the archive using the keyword "pram" to discover some fascinating photographs of various designs of prams of the past.

Massive coach-built prams were engineering marvels of their age, and the pride and joy of every young mother in the 19th century and even the first half of the 20th century.

Here we see a selection of various designs of prams, and their regal occupants, in the streets, parks and on the beach, often pushed by an elder sister. However, as time went by these heavy, cumbersome prams went out of fashion, to be replaced by lighter versions in the 1960s.

Now even these have been superseded by the lighter and more practical ‘buggies’ or strollers that young mums prefer nowadays. 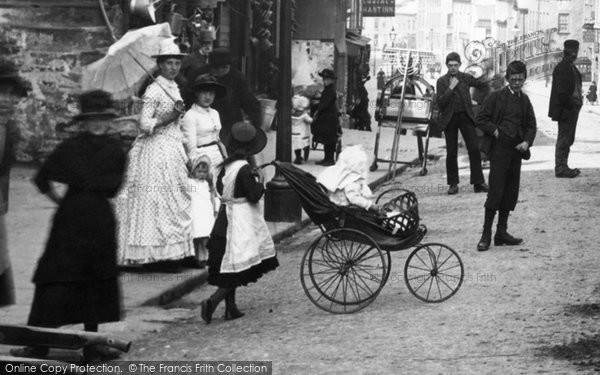 This three-wheeled pram is being pushed across the cobbled street in Stricklandgate, Kendal in 1888. It's quite the contraption, with a very well-covered up baby in it, and even a wicker shopping basket at the front.

Photo: Kendal, A Family In Stricklandgate 1888. 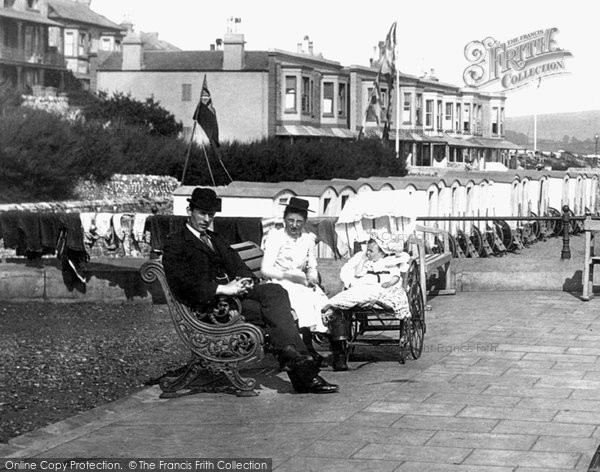 This family take their little one - and a very fancy pram - out into the sunshine along the promenade at Sandown. 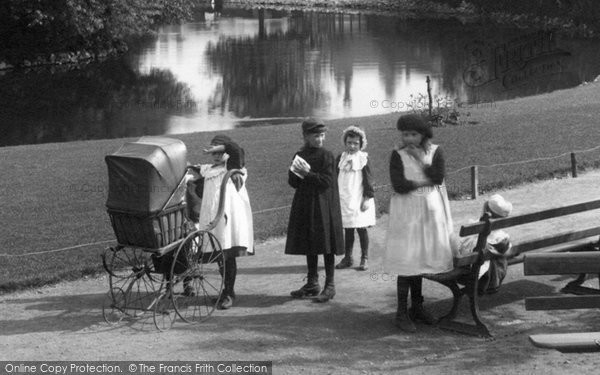 Can you imagine a Mum today trying to get one of these into the back of a Volvo estate car?! 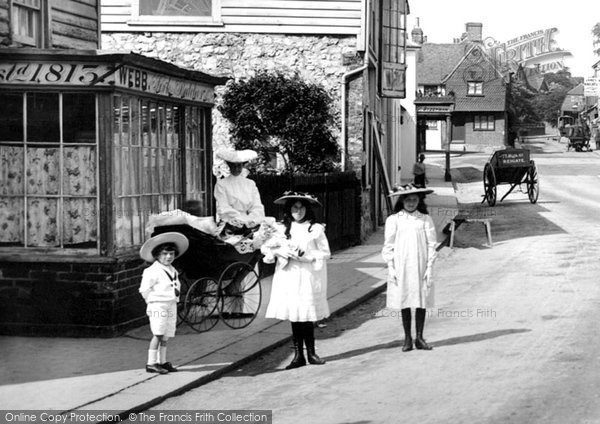 This wonderful scene is taken just off the High Street. It shows a charming group of fashionable children, out shopping with their mother in Edwardian days. This family scene contrasts with the workaday scene of the carts in the middle distance. 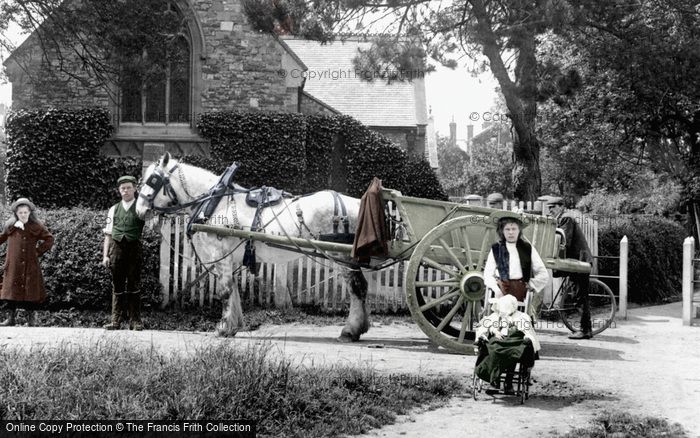 This peaceful and idyllic rural scene, with the horse and cart behind a small girl pushing a pram outside the church of St John the Baptist, belies Crawley’s mid 19th-century expansion into a railway town, following the construction of the line from Three Bridges to Horsham. 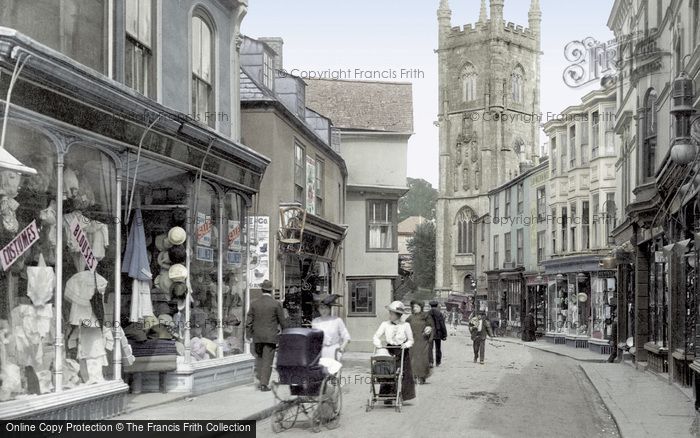 Two prams represent the only traffic in St Austell’s attractive shopping street in this scene, which is dominated by the richly carved tower of Holy Trinity church. On the left, the windows of Lee’s drapers shop display a sale of costumes, blouses and millinery, with many hats filling the right-hand window. 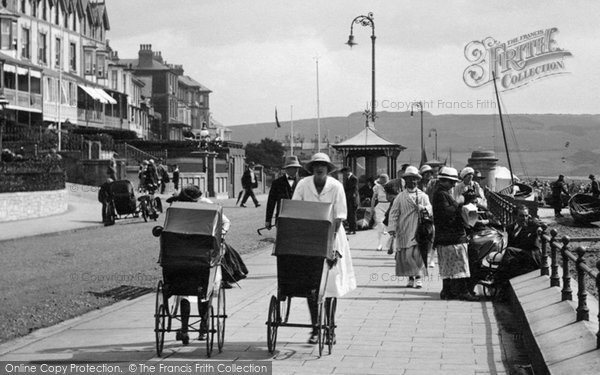 Back along the promenade at Sandown, we see 1920s versions of the humble pram. 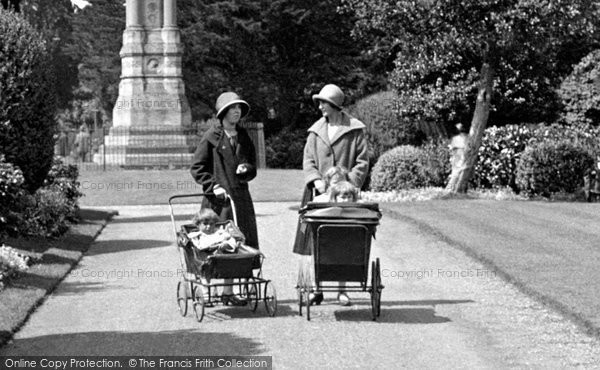 Two mothers meet with their little ones in Albert Park. 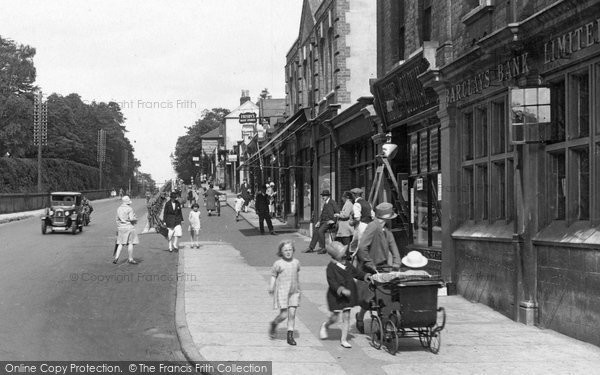 A busy mother rushes along London Road in Camberley with her brood. 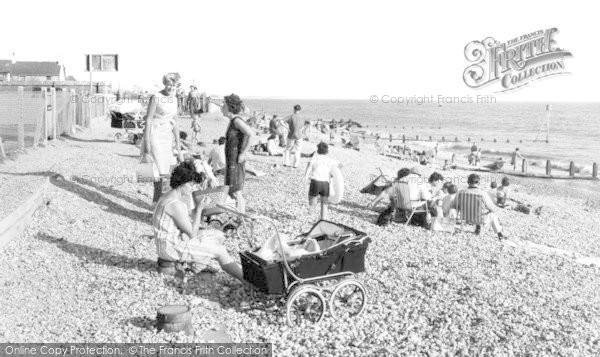 Do you see the baby is kicking its blanket off as the photographer takes his picture? We love to see the pram has been bumped down over the pebbles on East Wittering beach in this nostalgic seaside scene.